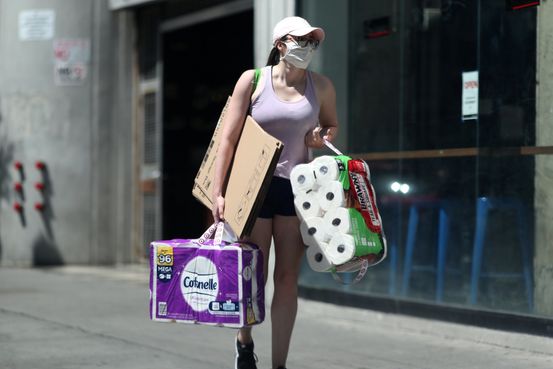 After a year in which toilet-tissue shortages left consumers scrambling for squares, sales are plummeting to below pre-pandemic levels.

Bath-tissue sales in January fell more than 4% from the same period a year earlier, before the spread of Covid-19 spurred Americans to load up on staples from toilet paper to sanitary wipes, according to figures from NielsenIQ. The decline, which comes even though legions of Americans continue to work and attend school from home, indicates last year’s stockpiling is starting to have an effect on sales.

“You never knew when you weren’t going to be able to get it, so every time we went out we got some,” said Marjorie Greenburgh, 62 years old, of New Rochelle, N.Y. “They just kept amassing.”

Ms. Greenburgh still has 54 rolls, stored in various places throughout her home: in a guest room, the back of a linen closet, the laundry room in the basement. “I’m not planning on buying for a while,” she said.

Demand for toilet paper shot up in the outbreak’s initial weeks, doubling in the second week of March, and remained elevated throughout most of 2020. Americans spent more than $11 billion on toilet paper last year, up from $9 billion in a typical year, according to NielsenIQ. If the current pace holds, 2021 sales would be less than $9 billion.