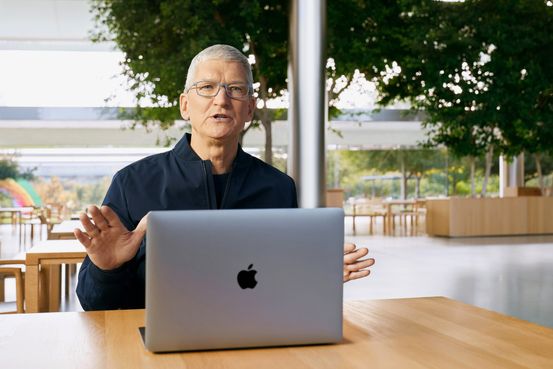 kicked off an event Tuesday revealing a paid subscription within its podcast app, with the tech giant also expected to reveal its annual update to high-end iPads, among other new products.

The latest iPad Pro offerings will come with a comparably faster processor than last year’s version, and the addition of a mini-LED screen and optional 5G cellular connectivity, according to a person familiar with the plans. The Cupertino, Calif.-based company began offering the faster 5G technology in its newest iPhones last fall, helping juice sales for the device.

IPad sales rose 41% in the October-to-December quarter to $8.4 billion, and other Apple products such as its Mac computers, watches and wireless headphones also saw sales increases because of the pandemic.

The company topped $100 billion in quarterly sales for the first time as consumers flocked to new iterations of the iPhone and other devices.

Analysts surveyed by FactSet, on average, expect iPad sales to fall in the second half of the fiscal year compared with a year ago, but still finish 2021 in September better than a year earlier.

Some are bullish that the more powerful iPad could attract buyers.

an analyst for Wedbush Securities, told investors in a note that there could still be room for more growth, saying he estimates only about 40% of iPad users have upgraded in the past year.

The rollout of a paid subscription option within Apple’s podcast app comes with a revamp of that app.

It underscores a core strategy that Chief Executive

has been championing before the pandemic, one focused on building out the company’s digital services to fuel growth and keep consumers even more closely tied with Apple’s ecosystem. The tech giant’s services division generated almost $16 billion in sales in the quarter that ended in December, an almost 25% increase from the same period the previous year.

Mr. Cook’s services-driven strategy will put Apple in closer competition with partners that have grown more vocal in complaints about how the company uses its might in ways they say are anticompetitive.

The European Union has opened formal probes into Apple in part after Spotify Technology SA accused the tech giant of abusing its control over how apps appear in its App Store. Apple has denied wrongdoing. Spotify has complained for years that Apple aimed to limit competition to benefit its own streaming service.

In 2005, Apple helped make podcasts mainstream by bringing the medium to iTunes. The format has taken off since then with listeners and advertisers, and tech companies have been scrambling recently to beef up their offerings.

Spotify has been adding subscribers thanks to its focus on podcasts, spending big money to lock in high-profile talent such as Joe Rogan.

has signaled its expanded interest in podcasts by purchasing Wondery.

Spotify is set to overtake Apple in terms of U.S. podcast listeners this year, according to a forecast from research firm eMarketer. An average of 28.2 million people in the U.S. will listen to podcasts on Spotify at least monthly, while 28 million will listen through Apple Podcasts, eMarketer said.

—Benjamin Mullin contributed to this article.

Write to Tim Higgins at Tim.Higgins@WSJ.com

First woman ever applies to run for president of Syria

First woman ever applies to run for president of Syria