Apple to Reinstate Parler, the App at Center of Online-Speech Debate 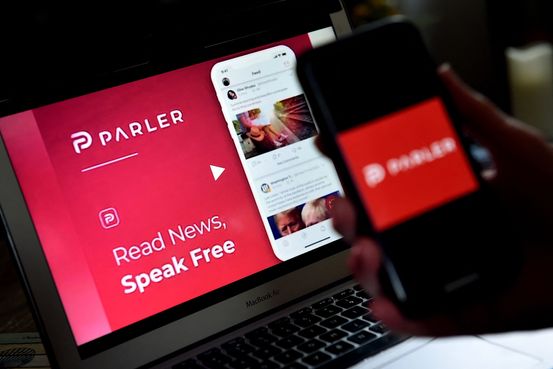 Apple Inc. plans to make the social-media app Parler available through its App Store again, the computer and smartphone company said in a letter to lawmakers on Monday.

Apple removed Parler from its app store in January, citing objectionable content. In a letter to Sen. Mike Lee of Utah and Rep. Ken Buck of Colorado, both Republicans, Apple said Monday that a revised version of the Parler app with improved content moderation would be approved for release to Apple users.

The letter from Apple was posted on Twitter by Mr. Buck, and it was confirmed by Mr. Lee’s office. Apple declined to comment. Parler didn’t immediately respond to requests for comment.

In the letter, Apple stood by its initial decision to remove Parler from the app store, citing posts that denigrated races and religions, promoted Nazi ideology and called for violence. Since January, Apple has had “substantial conversations” with Parler, and the app maker has proposed updates to its platform and its content-moderation policies, Apple said.

“The App Review Team has informed Parler as of April 14, 2021 that its proposed updated app will be approved for reinstatement to the App Store,” the letter said. The letter, which didn’t explain what changes Parler undertook, came in response to an inquiry that Messrs. Lee and Buck sent to Apple last month.