Audio Could Perk Up Facebook’s Eyes and Ears 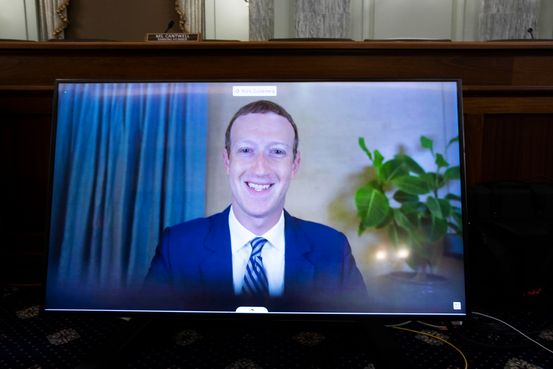 is putting its money where your mouth is. The hope is that you’ll spend a lot of yours in return.

Fringe social audio network Clubhouse has just 35 employees and, in the span of less than three months this year, has grown its valuation from $1 billion to a whopping $4 billion, according to PitchBook. So when it comes to audio, imagine what a company with more than 58,000 employees and nearly half the world’s population already using its existing platforms can do.

Facebook wants to find out, of course. On Monday, the social-media giant said it would launch a series of new audio features, including a Clubhouse competitor in Live Audio Rooms that should be available to everyone on the Facebook app by the summer.

Facebook says it will test its audio rooms in Groups, where the company hopes it will be able to do audibly what Groups did for its platform visually: Bring together a concentrated group of people with similar interests. Facebook says it has 1.8 billion people using Groups every month—64% of the total monthly users on its legacy Blue app.

In theory, audio networks could be even more popular. Years ago, texting became the new phone call, offering the ability to multitask. But we appear to be coming full circle with the proliferation of audio apps as a potential next frontier of social media that can be consumed anywhere, anytime, from a street corner to your kitchen.

Just considering Clubhouse’s growth this year, the potential has promise. Launched last year, Clubhouse wasn’t even available in the iOS app store until September. But in February alone, it saw 10.1 million downloads, according to Sensor Tower data. For some, the concept of social audio is an appealing antidote to Zoom fatigue and takes advantage of the extra time available due to more flexible work situations.

More recent data show Clubhouse’s reach may have topped out, though: March downloads totaled only 1.7 million. That could be because audio rooms have a limited appeal or because vaccinated consumers are beginning to venture back out and away from social media. More likely, it has more to do with the fact that most people still don’t know about the app. As of March, 83% of U.S. adults had either heard nothing or not much about Clubhouse, according to eMarketer, citing Axios and

has been testing its own audio chat rooms called Spaces for the past few months. But with its apps used by so many more people, Facebook is in a unique position to bring the medium from Silicon Valley to global Main Street. According to CivicScience, 41% of adults between the ages of 35 to 54 are already listening to live streaming audio content, illustrating the growing market opportunity for more audio content.

In terms of early monetization, Facebook says it will begin by offering listeners the ability to purchase “stars” they can dole out to their favorite creators. The company says it will pay its creators based on the stars they receive. Later, Facebook plans to offer the ability for users to pay for premium content through single purchases or subscriptions. These strategies are similar to those Twitter reportedly is pursuing, like tip jars and paid super follows for some of its own new products, some of them audio-based.

Ultimately, though, it seems like Facebook’s best opportunity to monetize audio rooms is through data, which neither Twitter nor Clubhouse can match. By running audio rooms through its platforms, Facebook can conceivably keep the experience cost- and ad-free for many of its users, much as it has done with Groups. That will help it to broaden its following, driving the largest possible volume of information on users.

That point in particular could be especially key as Apple’s iOS changes this year will likely lead to less data-sharing overall. For most users, the audio social opportunity will present a fun new way to learn from and engage with a like-minded community about their favorite topics. For Facebook, it will be yet another way to get users to further identify themselves via concentrated interests.

That isn’t to say the new opportunity will surely be a slam dunk. Consider Facebook’s forays into live video chats in Groups and into dating, neither of which appear to have slowed the incumbent leaders in those respective areas. The difference here could be that

were established and widely used by the time Facebook entered the scene, whereas Clubhouse is still little known beyond the niche tech scene—a small, albeit influential, group.

If in several months you are lured into a Facebook Live Audio Room ad-free through Groups, don’t be too surprised to see your Facebook newsfeed populated by ads based on whatever topic brought you there in the first place.

Write to Laura Forman at laura.forman@wsj.com