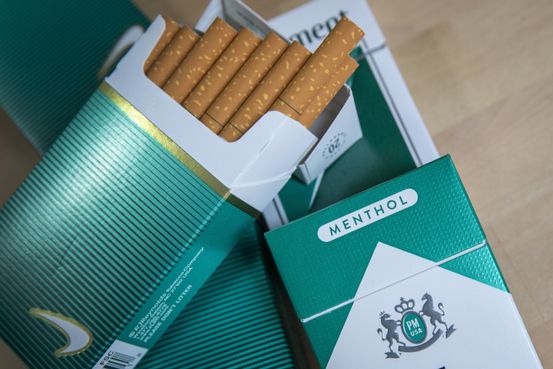 The Biden administration intends to pursue a ban on menthol cigarettes, a policy move that could sweep from the market more than a third of all cigarettes sold in the U.S., according to people familiar with the matter.

The proposal, expected to be announced this week, stems from the Food and Drug Administration’s finding in 2013 that menthols are harder to quit than regular cigarettes and likely pose a greater health risk. The agency also found that menthols are likely associated with increased smoking initiation by young people because the cooling properties of menthol mask the harshness of cigarette smoke.

The FDA must respond in court by Thursday to a citizens’ petition to ban menthols by disclosing whether the agency intends to pursue such a policy. A nationwide menthol ban would take years to implement, and industry leaders have signaled that they might fight a ban in court.

The menthol ban would cover menthol-flavored cigarettes as well as manufactured cigars and cigarillos, which are popular among children and teens, according to people familiar with the matter. To implement it, the FDA would first publish a proposed rule. Then, it would likely have to review tens of thousands of comments submitted by manufacturers, consumers, health experts and others before publishing a final rule.

The Biden administration also has been considering requiring tobacco companies to reduce the nicotine in all cigarettes sold in the U.S. to levels at which they would no longer be addictive, The Wall Street Journal reported last week. That idea is still under discussion, and the administration isn’t expected to make an announcement on it this week, the people familiar with the matter said.

The Washington Post reported earlier Wednesday on the menthol-ban proposal.

For tobacco companies, menthols are a crucial segment of the cigarette business. Because menthol smokers skew younger than average, they represent a longer potential lifetime of smoking. And over the past decade, menthols have gained an increasing share of U.S. cigarette sales.

The share of smokers who use menthols has risen continuously, from 30.5% in 2005 to 40.2% in 2019, according to a Wall Street Journal analysis of data from the National Survey on Drug Use and Health. Some 44% of children ages 12 to 17 who smoke say they use menthols, according to the data.

Advocates of a national menthol ban also have said that menthols are the overwhelming cigarette of choice for Black smokers, and that Black people in the U.S. die at higher rates than other groups from smoking-related diseases such as cancer, heart disease and stroke.

In the U.S., 84% of Black smokers and 47% of Hispanic smokers use menthols, compared with 30% of white smokers, according to the National Survey on Drug Use and Health data.

PLC, has disputed the FDA’s conclusions on the health effects of menthols and has argued that a ban would expand the underground market, increasing rather than decreasing teens’ access to cigarettes.

Reynolds has funded Black community leaders who have spoken out against municipal menthol bans, arguing that they would create an illicit market and lead to racial profiling of Black smokers by police. The American Civil Liberties Union and some members of the Congressional Black Caucus have expressed similar concerns. Proponents of a menthol ban, including the NAACP, have countered that the ban would apply to manufacturers, distributors and retailers—not individual consumers.

Marlboro-branded menthols hold the No. 2 spot in the category. Altria over the past several years has pushed to expand its share of the menthol category, launching new products such as Marlboro Ice, Marlboro Bold Ice and Benson & Hedges Menthol.

“Criminalizing menthol will lead to serious unintended consequences,” said an Altria spokesman, who added that youth smoking rates have fallen to historic lows. “Science and evidence does not support such a ban.” About 5% of high-school students smoke cigarettes, according to a 2020 federal survey.

The FDA has been considering a menthol ban for more than a decade.

The 2009 Tobacco Control Act, which gave the FDA regulatory authority over tobacco, prohibited candy, fruit and spice flavorings in cigarettes because of their potential appeal to children, but it left unsettled the issue of menthol. The law said the FDA could prohibit menthols only if it could demonstrate that a ban was a net benefit to public health, taking into account potential unintended consequences such as an illicit market. The agency has been working on overcoming that hurdle since then.

championed the idea. But the plan was put on hold after his departure from the agency in 2019.

Menthol, a compound that occurs naturally in mint plants, has been added to cigarettes since the 1920s. It provides a cooling sensation in the mouth and throat, similar to that of a mentholated cough drop. Health officials have said that eases the throat irritation caused by cigarette smoke, making menthols more appealing to young people and those who have never smoked.

—Tom McGinty contributed to this article.

Write to Jennifer Maloney at jennifer.maloney@wsj.com

Future Is Made of Virtual Diplomacy Now | Voice of America

A Snappy Spring Salad That Comes Together in 20 Minutes

A Snappy Spring Salad That Comes Together in 20 Minutes