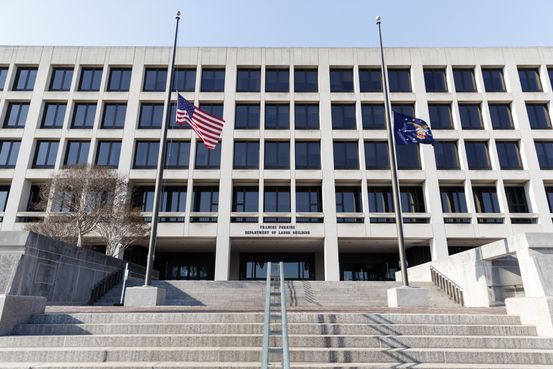 The Biden administration will make an additional 22,000 seasonal guest-worker visas available this year ahead of the busy summer season, the Department of Homeland Security said Tuesday.

The visas are in addition to the 66,000 H-2B visas the government makes available each year to seasonal employers, including landscapers, fisheries, resorts and county fairs, which look to add staff for their busy seasons.

The decision comes just weeks after the Biden administration lifted a ban on the guest-worker visas and other work visas imposed by the Trump administration last June amid the economic fallout of the coronavirus pandemic.

Six thousand of those additional visas will be set aside for applicants from the Northern Triangle countries of Guatemala, El Salvador and Honduras, which together are sending the largest number of migrant families and children to the U.S. border seeking asylum.

The seasonal-worker program, known as the H-2B visa program, enables U.S. employers to hire as many as 66,000 temporary foreign workers a year, with the allotments split evenly between the winter and summer seasons. Congress permits the Department of Homeland Security each year to raise that cap by up to 64,000 additional visas.

In order for employers to hire a foreign worker on an H-2B visa, they must first attempt to recruit an American worker and receive certification from the U.S. Labor Department that there are none available to do the job. The program comes with requirements on how much employers must pay the workers, so they aren’t paid less than American counterparts, and the program requires them to continue recruitment of Americans even after foreign laborers are hired.

Agricultural guest workers fall under the separate H-2A visa program, which has no limit set by Congress.

The Biden administration had come under pressure from businesses and lawmakers—both Republicans and Democrats—to make more visas available to stimulate the economy as the country recovers from a year of pandemic restrictions on work and travel.

The business community had expressed dismay that the administration hadn’t lifted the work-visa ban sooner. Mr. Biden’s transition team had promised it would be lifted on day one, according to people familiar with their thinking.

“This program serves as a critical safety valve for companies to address seasonal labor needs when there are not a sufficient number of available American workers to meet the demand for these short-term jobs,’’ the H-2B Workforce Coalition, a group of seasonal businesses, wrote in a letter to Homeland Security Secretary

In imposing the ban, the Trump administration said it would safeguard open jobs for the burgeoning numbers of unemployed Americans. But a Wall Street Journal review found the work-visa ban didn’t have the intended effect: Jobs allotted to foreigners, typically in high-skill roles such as software engineers or seasonal positions, either moved abroad or went unfilled.

The additional visas are being made available ahead of the summer, when demand for short-term work is typically highest. Demand has routinely exceeded the regular cap, and the Trump administration also raised the cap each year under similar pressure.

Support for admitting temporary foreign workers, unlike most immigration issues, doesn’t fall neatly along party lines. Republicans who support pro-business initiatives and Democrats who advocate immigrant rights are on one side, at odds with labor unions and immigration hard-liners.

A similar ideological split exists within the Biden administration, with some pushing increased employment-based immigration and others sympathetic to labor-union arguments that foreign workers take jobs that would otherwise go to Americans, perhaps with a higher wage.

Proponents of the temporary-work visas also argue they provide the workers—primarily from Mexico—a pathway to work lawfully in the U.S., reducing the incentive to migrate illegally.

Though the business community pushed hard for the additional visas, it isn’t clear how much of a difference they will make this year. Most U.S. consulates abroad aren’t processing all visa types, and in many cases are giving priority to permanent immigrants over temporary laborers, the State Department has said.