Biden wants to give the nation hope. But a jump in Covid cases is complicating things. 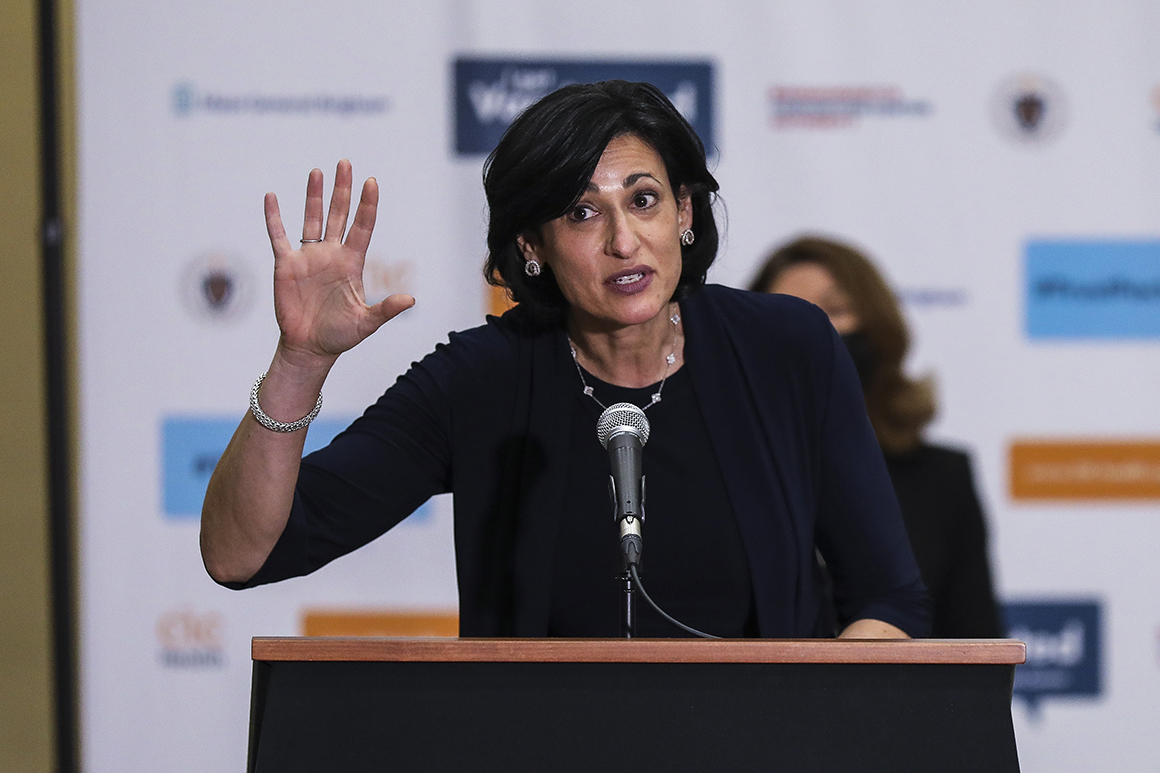 The administration’s ultimate goal, the officials said, is conveying a sense of optimism and overall confidence in its work on vaccines while at the same time publicly acknowledging a tough reality — that infections could outpace the rate of inoculation and that new strains of the virus could elude existing shots. It’s a tough balancing act for a president who has staked his political success on finding a way out of the pandemic. But tiptoeing around words like “surge” risks confusing the general public about whether anything has changed and more likely to ignore pleas to take precautions.

“My educated guess is without vaccines, we would be in a surge right now,” said David Kessler, Biden’s chief science officer for Covid-19 response, in an interview.

He is one of multiple senior administration health officials who said the country is not yet experiencing a surge, despite the country experiencing its first significant increase in Covid-19 cases since Biden took office. Those same officials did not answer questions about what constituted a surge.

The administration’s struggle to make the public aware of the risk the virus poses, while still shying away from declaring a surge, echoes its reluctance to declare an immigration “crisis” at the U.S. border with Mexico. Officials are trying to avoid portraying both situations as dire so that the public doesn’t view them as out of the administration’s control.

What is clear is that new Covid-19 cases are on the rise. The number of new Covid-19 infections has “consistently increased over the past week” with a 13 percent increase 7-day average from last week, according to an internal senior leadership briefing memo obtained by POLITICO. That’s already two percentage points higher than the Biden administration acknowledged Tuesday.

In addition, Centers for Disease Control and Prevention data show that 40 percent of counties now have high community transmission, according to the memo. The seven day average of deaths, which traditionally lag case reporting, has increased by nearly 7 percent since last week. Hospital admissions are up, too.

Anthony Fauci, Biden’s chief medical officer, told POLITICO that while the administration is concerned about the recent uptick, there’s a possibility Covid-19 case numbers will begin to flatten out.

“We just don’t know,” Fauci said. “It’s not good news that it’s trending up instead of continuing to go down. The more you hang on, and don’t just throw caution to the wind, the better chance there is of preventing a surge of cases. It is not as bad as you might think but it’s certainly something to really pay attention to and be concerned about.”

Kessler, too, said the recent increase in new infections is worrying but that the numbers could improve in the coming days.

“This is [a result of] variants and loosening restrictions,” he said. “You’re seeing a slight increase in cases, but you’re certainly not seeing a continued drop in cases — that’s the issue. You’re plateauing at a high level of cases.”

The hesitation around the word “surge” is rooted in part on the fact that the word calls to mind months during the Trump administration when Covid-19 cases and deaths multiplied so quickly that hospitals had to keep morgue trucks in parking lots. In a recent CNN interview, former Trump administration officials described a picture of an administration falling short of being able to properly contain a pandemic that has killed more than 560,000 people.

Biden administration officials said the current situation is much more complicated. While data shows an influx of new cases, with hospitals again beginning to fill up amid staffing shortages, the number of people who are vaccinated is increasing each day. Roughly one-fifth of U.S. adults have been fully inoculated, according to CDC data.

“Keeping both optimism and concern in our heads is a reality,” White House coronavirus adviser Andy Slavitt said in an interview with MSNBC’s Stephanie Ruhle Tuesday. “The message from the Biden administration is: We have an accelerated threat and we have an accelerated response.”

The latest news in health care politics and policy.

The administration is trying to send that message to distinctly different groups of people — those who have been vaccinated, those who are either still waiting for a shot or who do not plan to get the jab, and governors who have begun rolling back public health restrictions like mandatory mask-wearing and limits on indoor dining.

In the meantime, Biden’s Covid-19 response team is pushing to increase the pace of vaccinations and reassure Americans that the country will ultimately defeat the virus.

Supreme Court case could change the nature of college sports