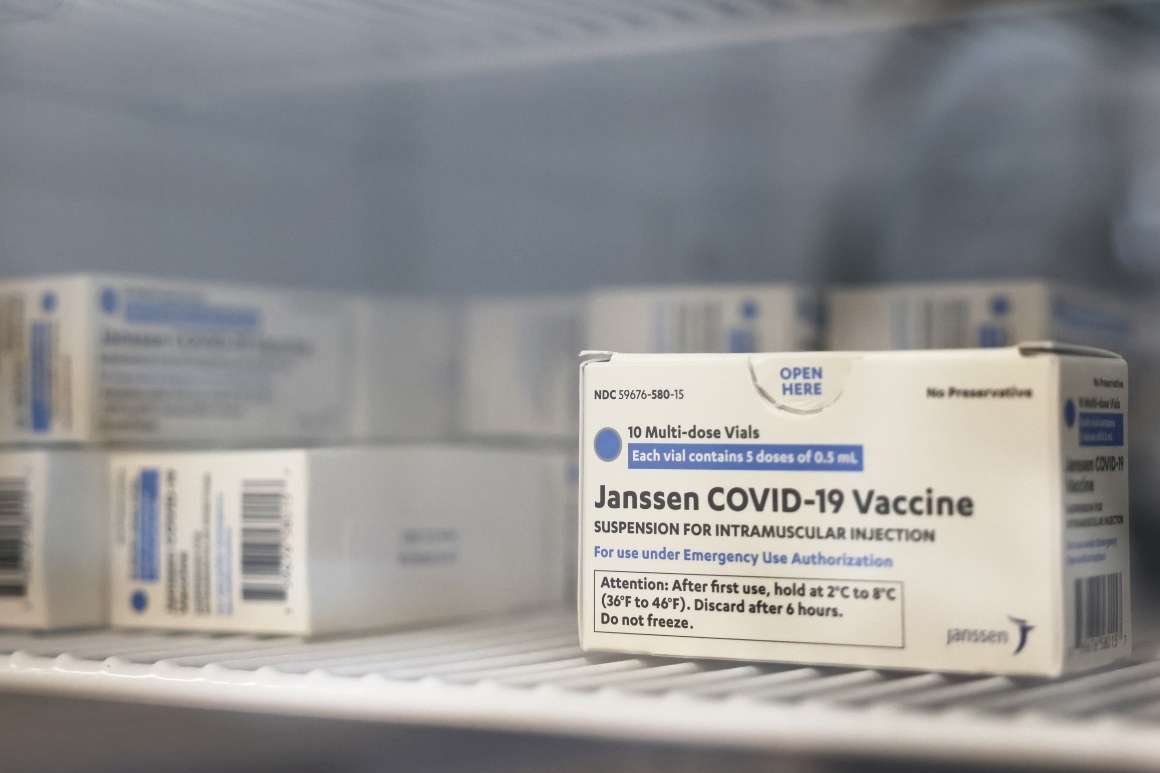 “There is enough vaccine, that is basically 100 percent unquestionable, for every single, solitary, American,” Biden said Tuesday.

Privately, however, White House officials were left scrambling to manage the political fallout in a pandemic-weary nation that is growing less willing to accept scientific caution — and where a significant portion of the population is already stubbornly skeptical of vaccines.

Democrats conceded that the move by the administration would have a “chilling effect” on the national vaccination campaign even as the administration moved to counteract it. Officials spent Tuesday reassuring states wrestling with recent Covid infection spikes that their overall vaccination operation wouldn’t be slowed. They fielded questions about how to rebook tens of thousands of vaccine appointments and what it meant for overall vaccine supply. Centers for Disease Control officials briefed members of congressional committees and White House senior health officials held a call with public health partners as well as a group of Black doctors. By the evening, the Covid response team had organized a call with the Community Corps, leaders from across the country working on vaccine hesitancy in their local communities. There were more than 1,800 participants.

In the midst of those conversations, they also batted down criticisms from everyone like Donald Trump to Twitter armchair analysts who questioned the decision itself and how the administration handled the messaging behind it.

“It’s confusing messaging coming from the White House. The Biden administration has been doing an excellent job getting shots in arms, no question,” said Rebecca Katz, a progressive strategist, pointing to White House talking points that emphasize the J&J vaccine made up only 5 percent of U.S. vaccinations to date. “Because there is hesitancy out there, they have to be very, very smart and concise on this language. This is not that.”

White House officials disputed that assessment, saying their chief imperative on Tuesday was addressing the number one question facing the vast majority of Americans: could they still get a vaccine? Tens of millions of Americans are awaiting vaccinations, with all adults 18 and older poised to be eligible for shots in the next week. The Biden administration wanted to be clear that Americans should still move ahead and book their vaccine appointments, a senior White House official said. Failing to make that clear could risk a downturn in the rate of vaccinations, something they say is essential in stamping out the spread of the virus.

On the Hill, Democrats defended the administration’s decision, underscoring the White House’s commitment to science and repeatedly stressing the need for vaccinations. At the same time, they acknowledged the publicity around adverse side effects with the J&J shots could erode efforts to gain the trust of vaccine doubters.

“I am concerned about the potential hesitancy that it may raise and we’ll work even harder to overcome whatever comes of [those] reservations,” said Sen. Richard Blumenthal (D-Conn.)

Sen. Chris Murphy (D-Conn.) acknowledged, “There’s a chilling effect so there’s no question that this doesn’t help our efforts to sell the efficacy of these vaccines” but said the White House has been consistent.

“Biden has been 100 percent clear from the beginning that he’s going to make decisions based on science and medicine, not politics,” said Murphy. “If the scientists at the FDA think there’s a reason to pause and take a look at this, he’s duty bound to follow their advice.”

But even as he savaged Biden’s domestic policy, Senate Minority Leader Mitch McConnell (R-Ky.) pulled his punches on Biden with regards to the vaccine. McConnell declined to criticize the decision-making by the administration and said “there are two other alternatives and I would encourage everybody to get vaccinated.”

Still, the J&J development left the White House facing second-guessing on multiple fronts. And it raised questions about whether the president and his team had been too bullish about the vaccine’s potential to help end the Covid fight.

Just a month ago, Biden announced plans to purchase another 100 million Johnson & Johnson vaccine doses by the end of the year, offering the possibility that they could eventually be used to vaccinate children or act as a booster to combat variants. But last week, the company experienced significant production issues at a Baltimore plant manufacturing the vaccine and the White House’s Covid response team warned that would mean a slowdown in output. On Tuesday, Anthony Fauci, Biden’s chief medical adviser, estimated it could take days to weeks before the J&J shots would be available again.

Jeff Zients, coronavirus response coordinator, reinforced that the setbacks with J&J would not impact the overall vaccine supply, saying the White House has approached the pandemic like a wartime event and was working on multiple tracks to bulk up its stockpile of doses in anticipation of possible setbacks.

“We’re at war against the virus,” Zients said at a White House briefing Tuesday. “We’ve mobilized a wartime effort so that we’re prepared for a wide range of scenarios.”

Officials argued that the disruption by the FDA and CDC should strengthen their case on vaccine safety by showing they will take every precaution, even when the data shows adverse effects are extremely rare. In this case, there were six reported cases of rare blood clotting resulting from the J&J vaccine out of more than 6.8 million doses.

After Natanz Blast, Iran Vows to Ramp Up Uranium Enrichment | Voice of America