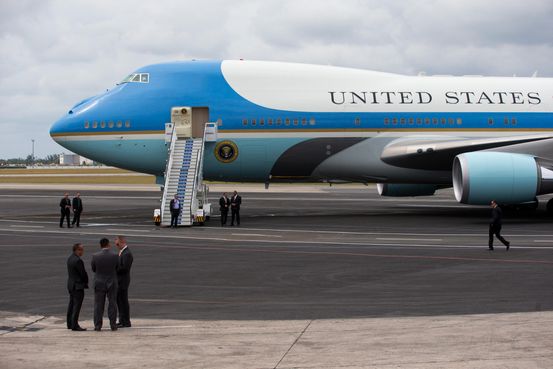 reported its seventh consecutive quarterly loss but said it is at an inflection point as production and delivery of new jetliners hinge on vaccination rates and trade relations between the U.S. and China.

The aerospace giant resumed deliveries of 737 MAX and 787 Dreamliners during the quarter, but continues to be dogged by quality problems. The company booked a charge on its work replacing the Air Force One presidential jets because of problems with a supplier.

The patchy recovery of global air travel remains the biggest issue for Boeing and its huge supply chain, with domestic markets in the U.S. and some parts of Asia recovering to pre-pandemic levels while Europe and long-haul travel struggle.

Boeing shares fell in early trade, recently down more than 3%.

said Wednesday that near-term increases hinge on relations with China, its single largest customer. China has yet to follow the U.S. and other regulators in recertifying the MAX.

Without a sizable order from Chinese customers, Mr. Calhoun predicted “steady, stable” production rates. “Taking them down—I don’t think so,” Mr. Calhoun said in an interview on CNBC. “Taking them up, and at what rate—that’s where this matters.”

The limited resumption of 737 MAX and 787 Dreamliner jet deliveries against a background of quality issues contributed to sales of $15.2 billion in the first quarter, down 10% from a year earlier. Boeing reported a loss of $561 million compared with a $641 million deficit a year earlier.

Boeing took a $318 million charge on its work converting two 747-8 jets to serve as the future Air Force One, citing pandemic-related delays as well as a dispute with a supplier. The company is contracted to deliver two converted 747-8 jumbo jets by the end of 2024, but has been forced to switch suppliers for some of the interior work on the planes.

The two planes once destined for a now-defunct Russian airline are being converted by Boeing with new interiors, communications systems and defensive systems. The $3.9 billion contract was awarded after a long standoff over the price with former President

Boeing took a charge last year on the program and then became involved in a dispute with GDC Technics LLC, which was working on some of the interior refits. The firm filed for chapter 11 bankruptcy protection last week after Boeing canceled its contract citing performance issues, and subsequently countersued the plane maker, according to court records.

It is the latest drag from a defense unit that Boeing is relying on to carry it through to a recovery in commercial airline traffic.

Boeing has been grappling with commercial-airline production issues in recent months. It halted 787 deliveries for five months to resolve manufacturing problems. Earlier this month, it told airlines to ground 106 MAX jets to resolve electrical issues stemming from a change in its assembly process.

The company said the recovery in air-travel demand was gaining traction but remained uneven. As sales of new aircraft have picked up with the rise of Covid-19 vaccinations, the company has said a U.S. trade deal with China would boost orders for new aircraft.

“Challenges remain, and we will continue to monitor the global trade environment as well as Covid-19 trends across the globe,” said Chief Executive David Calhoun in a message to staff Wednesday.

The per-share loss of 92 cents in the quarter ended March 31 was just ahead of the 98-cent consensus among analysts polled by FactSet. The company burned through $3.4 billion of cash in the quarter.

Write to Doug Cameron at doug.cameron@wsj.com and Andrew Tangel at Andrew.Tangel@wsj.com