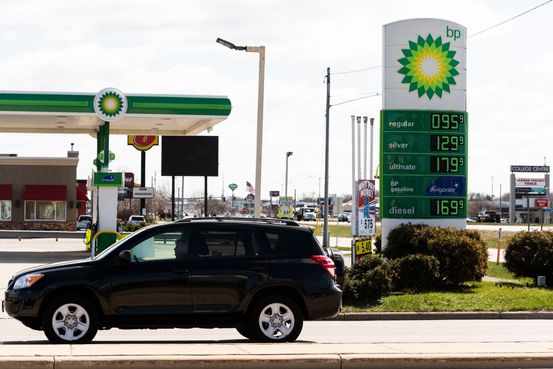 PLC said it would boost returns to shareholders after higher oil prices and strong trading results buoyed its first-quarter earnings, the strongest sign yet that a recovery is under way in one of the industries worst hit by the pandemic.

Oil companies endured one of their worst years on record in 2020 as Covid-19 lockdowns choked off demand, hitting prices. As economies open back up and demand starts to recover, so too have prices, buoying major oil companies even as they increasingly face uncertainty about the outlook for their business as the world shifts to lower-carbon energy.

BP on Tuesday reported a replacement cost profit—a metric similar to the net income figure that U.S. oil companies report—of $3.32 billion for the three months ended March 31, from a loss of $628 million in the year-earlier period.

The company said solid earnings and income from asset sales helped it to lower its net debt to about $33 billion from $39 billion in the previous quarter. Encouraged by its progress, BP said it would buy back $500 million of shares in the second quarter.

“We’ve got a pretty optimistic outlook on buybacks for the remainder of the year but we’re going to do it quarter by quarter,” said BP Chief Executive

“Depending of course on [the oil] price, I think next year you can very easily imagine a world where our distributions to shareholders are at or above the pre-pandemic levels.”

The company said its rise in profit was driven by gas marketing and trading results, which Mr. Looney said benefited from the company being well positioned for cold weather in the U.S. and Asia, which boosted natural gas prices.

BP shares closed down about 0.4% in London, having given up early session gains.

Oil prices averaged $61 a barrel in the three months to March 31, up more than $10 a barrel from the same period a year ago, as demand continued to recover after lockdowns hit transport fuels, in particular, last year.

BP said it expected oil demand to continue to recover this year, driven by strong growth in the U.S. and China, the rollout of vaccines globally and less severe lockdown restrictions. However, it said oil demand would remain below pre-pandemic levels in 2021, as would refining margins. It said gas demand would be above 2019 levels.

Analysts have said that oil companies are in better shape to benefit as oil prices recover after many in the industry slashed costs, reduced workforces and in some cases, including BP, cut dividends, during the pandemic.

When it halved its dividend in August, BP committed to return at least 60% of surplus cash as buybacks once it had lowered its debt to $35 billion. It had expected to achieve that target by the fourth quarter of this year at the earliest.

Notes on the News

Today’s headlines, news in context, and good reads you may have missed, with Tyler Blint-Welsh.

It reached the target ahead of schedule in part thanks to asset sales. BP has plans to sell $25 billion of assets between the second half of 2020 and 2025 and is over half way to meeting the goal with $14.7 billion sold.

Other major oil companies are also expected to report improved first-quarter results in the coming days.

PLC is set to report Thursday and has signaled that its oil production unit will return to profit for the first time since before the pandemic.

are scheduled to report on Friday. Exxon has indicated that the higher oil and gas prices will boost its earnings, although it has cautioned of a $800 million hit related to Texas, where unseasonably cold weather triggered widespread power outages earlier this year.

BP’s strong gas marketing and trading performance “is likely driven by the Texas storm impacts,” said Biraj Borkhataria, an analyst at RBC Capital Markets. “They were a clear beneficiary.”

Since taking the helm in February last year, Mr. Looney has started the process of pivoting BP away from its dependence on oil. The company aims to reduce its oil and gas production by 40% by 2030, and has been investing in new areas such as offshore wind.

However, investors have been cautious on the changes, which some see as high risk.

Mr. Looney acknowledged that the company’s ability to deliver cash returns while moving toward low-carbon energy had been questioned, but said the move to buy back shares was a sign that it was possible.

Write to Sarah McFarlane at sarah.mcfarlane@wsj.com