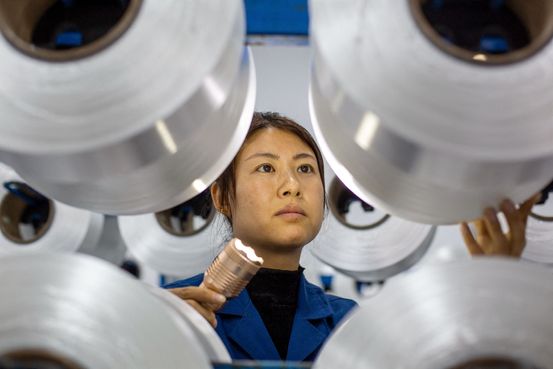 BEIJING—China’s economy surged 18.3% in the first quarter from a year earlier, a record rate of growth that reflected the recovery from a deep coronavirus-induced trough in early 2020 and the continued momentum of the world’s second largest economy.

The rate of gross domestic product growth in the first three months of 2021 was sharply higher than the 6.5% year-over-year growth recorded in the final quarter of 2020, though it fell short of the 19.2% growth expected by economists polled by The Wall Street Journal.

Analysts had anticipated GDP growth in the first three months of the year to jump sharply when compared with the year-earlier period, when the Chinese economy suffered a historic 6.8% contraction as the coronavirus’ initial emergence forced Beijing to shut down large swaths of the country.

In recent weeks, China has reported economic indicators showing growth of 30% or more from a year earlier.

The year-over-year GDP growth rate will almost certainly trend lower in coming quarters as the Chinese economy is measured against higher levels from the year-earlier period. China’s economy began its recovery in the second quarter of 2020 and recorded higher year-over-year growth figures through the remaining quarters of the year.