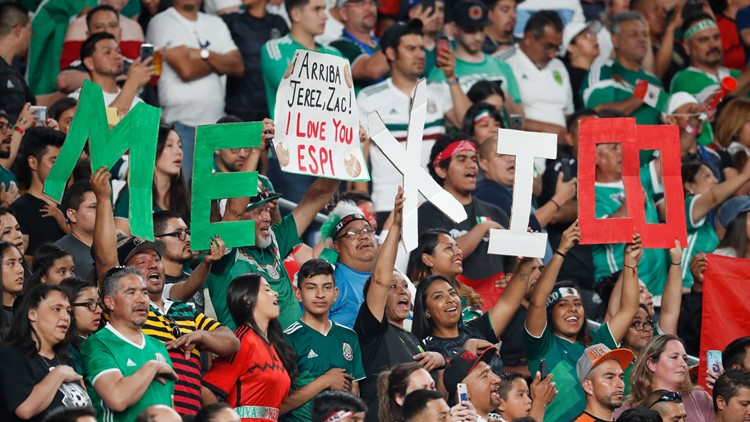 The inaugural Concacaf Nations League Finals will be played in Denver this summer.

Concacaf will hold soccer games at Empower Field at Mile High in Denver on Thursday, June 3, and Sunday, June 6, 2021.

Organizers said fan capacity for the games will be initially set at 42.6% (approximately 32,000 people) — similar to the current capacity structure in place for the Colorado Rockies at Coors Field — with a final decision on the numbers of tickets available announced in the coming weeks.

Empower Field at Mile High and Denver have hosted a number of high-profile soccer events in the past, including matches at three Concacaf Gold Cups in 2013, 2017 and 2019.

> Above video: Crews install grass for Concacaf in Denver in 2019.

“Opening our doors for the first large scale event since the end of the 2019 football season is exciting for our organization as well as the entire community. This June, we look forward to providing an enjoyable, safe experience for fans and showcasing why Denver is a premier destination for world-class soccer.”

The CNL Finals were originally scheduled for June 2020 but were rescheduled due to the pandemic.

The semifinals, third place match and final will all be played at Empower Field at Mile High, with the initial matches featuring Honduras vs. United States followed by Mexico vs. Costa Rica. The semifinal matchups were determined by the outcome of group stage play in the Fall of 2019, with the four League A winners qualifying for this exciting CNL Finals.

“We could not be happier that Denver was selected to host the inaugural Concacaf Nations League Finals at Empower Field at Mile High,” said Matthew Payne, Executive Director of the Denver Sports Commission. “We’re always excited to showcase our world-class stadium and welcome visiting soccer fans to Denver.”

The Concacaf Nations League said this summer’s CNL Finals will kick off a summer of football in Concacaf’s 60th anniversary year. The CNL Finals will be followed by this year by the 2021 Concacaf Gold Cup.

“The Concacaf Nations League includes all 41 of our Member Associations, making it a true celebration of our football, our region and our unity as One Concacaf,” Concacaf President and FIFA Vice President Victor Montagliani said.

“The 2019 group stage was a huge success in delivering more competitive football for all men’s national teams across Concacaf. Now we can look forward to a great final four in the outstanding facility that is Denver’s Empower Field at Mile High, and to crowning a first ever Concacaf Nations League champion.”

RELATED: US men’s soccer loses to Honduras, fails to qualify for Olympics

A few weeks after the soccer matches, Denver will also play host to the Major League Baseball All-Star game after it was moved from Atlanta following the enactment of a new law there regarding voting.

> Top stories curated daily just for you! Sign up for the 9NEWSLETTER to get can’t-miss stories, Next and Broncos content, weather and more delivered right to your inbox.

MORE WAYS TO GET 9NEWS

HOW TO ADD THE 9NEWS APP TO YOUR STREAMING DEVICE

ROKU: add the channel from the ROKU store or by searching for KUSA.

For both Apple TV and Fire TV, search for “9news” to find the free app to add to your account. Another option for Fire TV is to have the app delivered directly to your Fire TV through Amazon.

For One Pittsburgh Homeowner, a Church-Turned-Condo Is Heaven on Earth