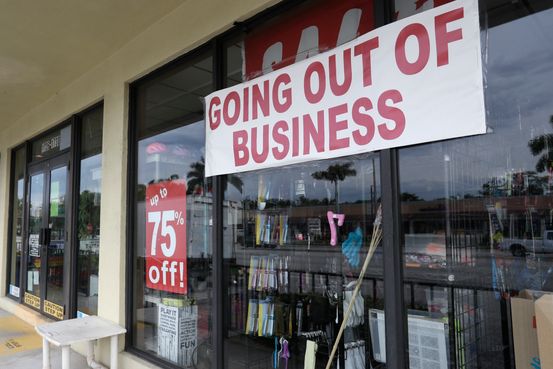 The economic toll from the Covid-19 pandemic has been tough to measure, but new estimates from the Federal Reserve suggest it wasn’t as bad as feared for smaller businesses.

The pandemic resulted in the permanent closure of roughly 200,000 U.S. establishments above historical levels during the first year of the viral outbreak, according to a study released Thursday by economists at the Fed. In recent years, about 600,000 establishments have permanently closed per year, or about 8.5%, according to the study.

Individual companies account for about two-thirds—or roughly 130,000—of the extra closures if  historical patterns hold, according to the Fed economists, who examined businesses with employees. Other closed establishments are units of major companies—say, a Gap or Pizza Hut—that closed some locations while remaining in businesses.

Barber shops, nail salons and other providers of personal services appear to be hardest hit, according to the Fed study, accounting for more than 100,000 establishment closures beyond historically normal levels between March 2020 and February 2021.

Many small businesses continue to struggle to stay afloat, but the new estimate suggests that U.S. business failures have been fewer than some economists expected. One earlier study estimated that more than 400,000 small businesses had closed in the first three months of the pandemic.

U.S. says Russia was given Trump campaign polling data in 2016