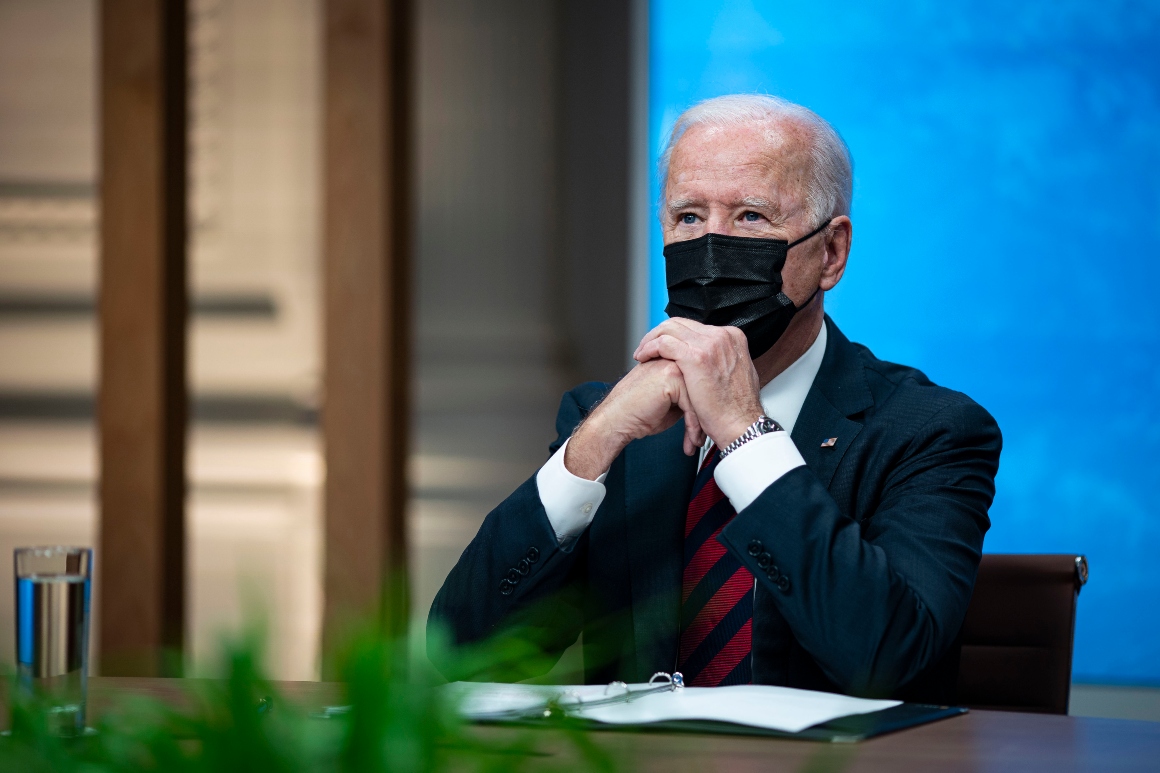 Progressive advocacy groups including Public Citizen, the Center for Popular Democracy and Social Security Works came away from a Friday afternoon virtual meeting with staff of the White House’s Domestic Policy Council without a firm commitment that drug price controls and a Medicare expansion would be included in the forthcoming package, which the administration calls the American Families Plan. The groups pitched the policies as ways Biden could fulfill his promise to address racial disparities in health care.

“This is a very live issue. No one knows exactly where they’re going to be,” said Alex Lawson, executive director of Social Security Works.

Jennifer Flynn Walker, director of mobilization and advocacy for the Center for Popular Democracy, said while the meeting gave her the impression the Biden administration is an “ally” on these policies, holding the president to his campaign promises won’t be “easy or a slam dunk,” given opposition to the drug pricing measures from powerful pharmaceutical interests.

Meanwhile, lawmakers hoping to force the White House’s hand are forging ahead with health care legislation they’re aiming to wrap in the multitrillion-dollar infrastructure package.

House Speaker Nancy Pelosi on Thursday revived her drug price negotiation bill that the House passed last year, and said in a statement that the policy “will be a top priority for House Democrats to be included in the American Families Plan.”

Progressives like Senate Budget chair Bernie Sanders are moving forward with bills to expand Medicare coverage as Underwood and many other moderates are hoping to further shore up Obamacare.

But without an explicit endorsement from Biden, some congressional Democrats worry their health care plans, big and small, may not survive legislative haggling over the infrastructure package, widely seen as the last major bill they can pass this year.

“This is a very popular president with a lot of wind at his back after the passage of the Rescue Plan, so any policy he gets behind has a lot of instant momentum,” Murphy said.

White House press secretary Jen Psaki on Friday didn’t offer further clarity by listing health care as separate from the forthcoming infrastructure pitch as she previewed Biden’s address to Congress next week. She demurred when asked directly if the White House is abandoning provisions to lower drug costs and expand health insurance in the plan.

“He will definitely talk, in his speech, about his commitment to expanding and increasing access to health care,” she said, adding that the American Families Plan “will not represent the totality of every priority item for him and every item he wants to move forward as president.”

Biden allies outside the administration see the White House’s reticence to wade into the fight in practical terms: The White House doesn’t want a big fight with powerful health industry groups to scuttle its chance to deliver on major economic priorities they see as essential to fortifying narrow Democratic majorities in the midterm election.

“Health care is complicated politically and substantively,” said one outside advisor familiar with the White House deliberations. “It seems the White House doesn’t want to weigh down issues like preschool or college [aid] with lobbying campaigns from Big Pharma.”

The House drug price bill also would face very slim odds in the 50-50 Senate, where even one Democratic defection would likely sink its prospects.

Sen. Bob Menendez of New Jersey, whose state is home to numerous pharmaceutical companies, has already said he doesn’t want to treat the drug industry as a “piggy bank” to fund other priorities, whether it’s infrastructure or insurance expansion. Others like moderates Kyrsten Sinema of Arizona, Joe Manchin of West Virginia and Jon Tester of Montana are on the industry’s watchlist as potential allies likely to block government negotiation.

Senate Majority Leader Chuck Schumer stressed again this week that he is waiting for the White House to lead the way on health care — an issue that is more fraught for his caucus than for Pelosi’s, particularly on drug pricing.

And yet most Democrats see the infrastructure bill as their best chance to tend to unfinished business while the party maintains full control of Washington.

Last month’s Covid relief package, with the full backing of the health industry, directed billions of dollars to temporarily boost subsidized health coverage in Obamacare markets and for people who lost their jobs during the pandemic. House Democratic leaders have made it clear they don’t want to waste the chance to make the Obamacare subsidies permanent after a decade of pledging to expand the health care law.

“The major expenditure, from my perspective, should be to ensure the Affordable Care Act is truly affordable and accessible to all,” House Majority Leader Steny Hoyer said on Tuesday.

Progressives led by Sanders, the Senate Budget Committee chair, want to go further, pressing a plan that would add dental, vision and hearing benefits to Medicare and lower its eligibility age to 60 or even 50, even though Democratic leaders are unsure whether Biden supports the idea or if they’ll have the money to do so.

Rep. Peter Welch, a Vermont Democrat who has long stumped for drug pricing reform and sent his own letter to Biden Friday calling for its inclusion, worries Democrats will lose their way if they get bogged down in a debate over how to spend savings from drug pricing reforms without first locking them down.

“We have to keep our eye on the urgency of getting those savings,” he told POLITICO. “Having a debate about how we spend it before we save it could doom our prospects. The risk is that we won’t save it at all and Big Pharma will keep it.”

For Democrats, getting these major health care changes into the infrastructure package would be more than just a fulfillment of longtime policy priorities now within their reach. Senate Finance Committee Chair Ron Wyden (D-Ore.) said he’s repeatedly told the administration that the party risks losing voters in the midterm election if it fails to deliver on health care, which Democrats have featured prominently in their campaigns the past two election cycles.

“I have stressed, continually, with my colleagues and with the White House the urgency of this — it’s a priority,” Wyden said, adding he’s heard “all kinds of rumors” about the White House abandoning health care in the infrastructure package. “Let me wait and see what they’re going to do.”