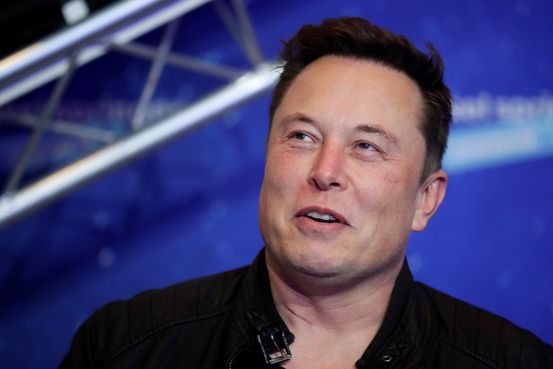 will soon be adding another unusual title to his résumé: “Saturday Night Live” host.

The chief executive of

and Space Exploration Technology Corp., or SpaceX, is scheduled to host NBC’s long-running, late-night comedy show on May 8, the show said in a Saturday tweet adorned with three rocket emojis.

A businessman is an atypical choice for “SNL” host, but Mr. Musk is an atypical businessman. Tesla recently notified the Securities and Exchange Commission that he was adding the formal title of “Technoking” to his CEO role, and Mr. Musk is famous for his prolific tweets offering proclamations, jokes, and occasional attacks on regulators and short sellers of his stock.

While hosting a comedy sketch show will be a departure for Mr. Musk, he has played the showman for years at his companies’ product events, and has enjoyed the entertainment-industry spotlight before, with sometimes unpredictable results. He has appeared multiple times on the podcast of Joe Rogan—the comedian, television host and mixed martial arts commentator—including a September 2018 episode in which a video recording appeared to show Mr. Musk smoking marijuana. Shares in Tesla fell after the event.

The Tesla chief also has made a number of film and TV cameos, including “Iron Man 2” and episodes of “The Big Bang Theory,” “South Park” and “The Simpsons.”

Mr. Musk, one of the world’s wealthiest people, has often drawn attention for pronouncements that veer from typical CEO language. In January, Mr. Musk joined a chat on the popular audio-discussion app Clubhouse, speaking with his CEO counterpart from Robinhood Markets Inc., as the stock-trading app and other brokers were grappling with the deluge in demand from retail investors for shares in some companies, including

Mr. Musk had cheered some of the stock buying that, at the time, hurt some short sellers the Tesla CEO has sparred with.

Some of his eccentric stunts have gotten him in trouble. The Securities and Exchange Commission took issue with tweets he made in 2018 saying that he had secured funding to take Tesla private. Mr. Musk and the SEC later settled with a deal intended to limit his

use, though he has since used the platform to mock the regulator.

“SNL,” which has been airing since 1975, generally taps the entertainment world for its hosts, but it has reached into other realms of celebrity before, including business and politics. Publishing magnate Steve Forbes did the honors in 1996, shortly after giving up his pursuit of the Republican presidential nomination. The late George Steinbrenner, owner of the New York Yankees, hosted in 1990, and Ralph Nader, the high-profile consumer crusader, hosted in 1977.

hosted in 2004, when he was early in his tenure on the NBC reality series “The Apprentice,” and again 2015, when he was vying to be the Republican candidate for the White House.

The musical guest star for the episode to be hosted by Mr. Musk is scheduled to be Miley Cyrus, who would be making her sixth appearance on the show, NBC said.

Write to Robert Wall at robert.wall@wsj.com