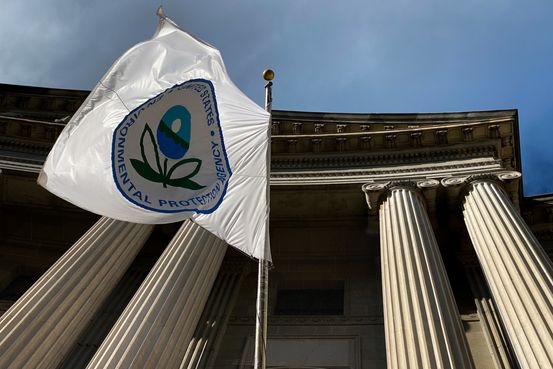 WASHINGTON—The U.S. Environmental Protection Agency is proposing rules to reduce the use of coolants from air conditioners and refrigerators that are potent greenhouse gases, fulfilling new mandates from Congress with regulations favored by large portions of U.S. industry, according to the agency.

The proposal would create a process for reducing the use of hydrofluorocarbons in cooling appliances, the first step toward meeting new mandates to cut their supply by 85% over 15 years, the EPA said. Congress passed that mandate in December in provisions included in a $2 trillion spending and Covid-19 aid package.

said in a statement, adding that the action will spur “manufacturing of new climate-safe products.”

The effort has bipartisan support and backing from the industry. The Air-Conditioning, Heating and Refrigeration Institute, a trade group for equipment manufacturers, has said U.S. companies have spent billions of dollars developing alternative chemicals to sell globally, which would get a boost if the U.S. joins international efforts to eliminate hydrofluorocarbons, known as HFCs.

More on the EPA and Biden’s Climate Agenda

a vice president at Atlanta-based Rheem Manufacturing Co., which makes air-conditioning equipment, said in a statement provided by the EPA that the new rule “is key to achieving an orderly HFC phasedown in the United States, creating a uniform federal approach to this effort.”

New EPA estimates in the proposal say it would produce a net gain for the economy of $284 billion from 2022 through 2050. Those gains come from reduced compliance costs for the industry and by reducing greenhouse-gas emissions into the atmosphere.

The rules would cut the equivalent of 4.7 billion metric tons of carbon dioxide emissions from 2022 through 2050, or almost three years of U.S. power sector emissions at 2019 levels.

HFCs are synthetic, widely used coolants in refrigerators and air conditioners. They have long accounted for less than 2% of U.S. greenhouse-gas emissions. But they can also linger in the atmosphere for thousands of years, and their heat-trapping capacity can be hundreds or thousands of times that of carbon dioxide.

PLC are among the many that have surged into the potential new market. Some retailers like

have also been supportive of federal regulation, saying it would help them meet pledges to cut emissions by helping clean up their refrigerated sections.

The Association of Home Appliance Manufacturers had previously warned that putting these rules in place too quickly could rapidly raise costs. Consumer prices for appliances might eventually rise only as much as about 2%, as has been the case in previous coolant phaseouts, the industry group Alliance for Responsible Atmospheric Policy has said.

But it also took years longer than once anticipated for the EPA to start working on such rules. As it stands now, the agency is setting only the outlines of the program and how to enforce it.

It plans by Oct. 1 to set limits going into effect next year and will decide in future proposals how to keep lowering that limit, according to EPA officials. That puts it more in line with industry’s previous timeline requests. In 2016 the agency had initially set deadlines to phase out HFCs in new appliances such as refrigerators by 2021, while industry had requested that wait until 2024.

The new proposal also starts the U.S. on track to meet an international agreement to phase out hydrofluorocarbons. At a meeting in Rwanda in 2016, the U.S., China and India among nearly 200 countries agreed to aim for an 80% reduction in their use by 2045.

signed off on what is known as the American Innovation and Manufacturing Act of 2020 to implement that agreement.

The law’s phasedown is consistent with that deal, the Kigali Amendment to the Montreal Protocol on Substances that Deplete the Ozone Layer. The Wall Street Journal has previously reported that President Biden intends to seek its Senate ratification, even while the EPA moves forward based on the new law.

The EPA’s proposal also outlines how EPA will give some exemptions allowed under the law for things such as mission-critical military applications, the agency said. The agency plans to finalize this rule later this year after 45 days of collecting public comments and holding a public hearing.