Even the CEO of Zoom Says He Has Zoom Fatigue 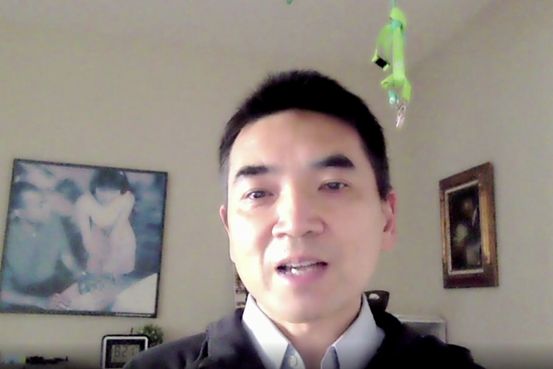 Some of America’s top executives, including the CEOs of JPMorgan Chase & Co. and

say they are souring on some aspects of remote work.

After more than a year of working virtually during the pandemic, executives in banking and technology are pushing back on the idea that workers should be able to do their jobs entirely from home in the coming months. Though some said they expect more flexible work arrangements to endure going forward, they say there are clear signs of burnout in an era of nonstop video calls.

the CEO of Zoom, told a virtual audience of The Wall Street Journal’s CEO Council Summit Tuesday that he had personally experienced Zoom fatigue. On one day last year, he said he had 19 Zoom meetings in a row.

“I’m so tired of that,” Mr. Yuan said, adding that he no longer books back-to-back Zoom calls. “I do have meeting fatigue.”

Like many companies, Zoom is planning an eventual return to its offices, Mr. Yuan said. Zoom’s employees will most likely be asked to come into an office two days a week, and work from home the rest of the time, he said.

chairman and CEO of JPMorgan, said more of his employees will return to the office starting this month, though he acknowledged they aren’t all happy about it. Remote work doesn’t work well for generating new ideas, preserving corporate culture and competing for clients—or “for those who want to hustle,” Mr. Dimon said, adding he has been back in the office for months.

JPMorgan is phasing workers back into offices this spring and summer. “Yes, people don’t like commuting, but so what?” he said. “We want people back at work and my view is some time in September, October, it will look just like it did before.”

For months, corporate leaders have debated how best to reorient work once more employees return to in-person settings. Though many are settling on a hybrid approach, blending remote work with in-office days, there is a simmering standoff between some workers and their bosses around how flexible work should be once the pandemic ends.

Some employees have gotten so used to remote work that they never want to go back to an office, said

CEO of 3-D printing startup Carbon Inc. While employees should have some input, they alone won’t decide how work evolves, she added, saying that she is worried about hybrid work models.

“I might be old school, but I’m a believer that over time it will migrate back to a more in-person environment,” Ms. Kullman said. “It’s not a democracy. We’re not going to vote.”

Plenty of bosses want to adjust their approach to work. Richard Moore, chief of the U.K. Secret Intelligence Service more commonly known as MI6, said at the CEO Council Summit that he was urging his organization not to “snap back to old ways of doing things” post-pandemic.

“It is not the same but you can fake it pretty well,” he said of people’s ability to connect through their computer screens. Though he personally doesn’t want to work from home, he said, “we are trying to be better about flexible working.”

said that, in the coming months, employers in urban areas such as New York may need to “encourage and entice employees to come back into the city,” including more flexible work and commuting arrangements.

“Commuting has never been anyone’s favorite period of time of the day, but at the same time, I think there’s nothing like the experience you can have in an urban environment,” she said. “I think that there’ll be almost a reawakening of a lot of urban centers.”

—Max Colchester contributed to this article.

Write to Chip Cutter at chip.cutter@wsj.com