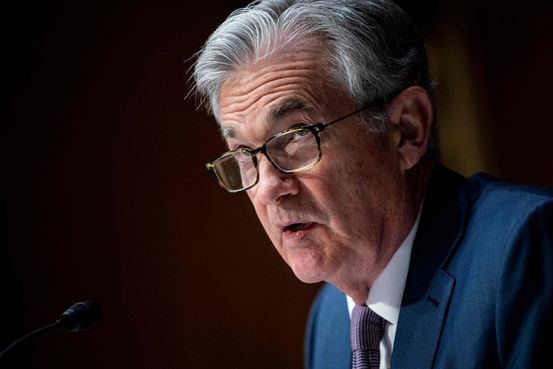 WASHINGTON—The Federal Reserve held its key interest rate near zero and said it plans to continue supporting the economic recovery, while acknowledging recent progress in growth and employment.

Fed officials voted unanimously Wednesday to maintain the central bank’s policies, aimed at holding down borrowing costs, until the economy heals further from the effects of the Covid-19 pandemic.

“Amid progress on vaccinations and strong policy support, indicators of economic activity and employment have strengthened,” the Fed said in a statement released after the conclusion of its two-day policy meeting. “The sectors most adversely affected by the pandemic remain weak but have shown improvement. Inflation has risen, largely reflecting transitory factors.”

The Fed has held overnight interest rates near zero since March 2020, when the Covid-19 pandemic and related restrictions delivered a severe blow to the economy. Since June, the central bank has also been purchasing at least $80 billion of Treasury bonds and at least $40 billion of mortgage-backed securities to hold down longer-term borrowing costs for consumers and businesses.

Fed officials have said they would hold rates steady until the labor market is back to full strength and inflation has reached the central bank’s goal of averaging 2%. Chairman

has said those conditions are unlikely to materialize this year, and most Fed officials indicated last month that they expect to hold off on raising rates until 2024 at the earliest.

They also reiterated Wednesday that they want to see the economy make “substantial further progress” toward their goals of maximum employment and 2% average inflation before starting to reduce the pace of bond purchases. Mr. Powell clarified recently that officials are measuring the economy’s evolution since December, when the Fed first issued that guidance.

The economy has picked up steam in recent months as vaccination rates have risen, business restrictions have eased and the latest round of federal stimulus money has fueled spending. Consumer confidence rose in April to the highest level in 14 months, the Conference Board said Tuesday.

Inflation has also accelerated, as the Fed noted. The Labor Department’s consumer-price index jumped 2.6% in the year ended in March, compared with a 1.7% rise in February from a year earlier. The Fed’s 2% inflation goal is linked to a different measure, the personal-consumption expenditures index, which tends to run a bit below the CPI.

The CPI pickup stemmed largely from a combination of higher energy prices and comparisons with price levels a year earlier, when they fell sharply with the onset of the Covid-19 pandemic. But some of the price increases reflected rising demand for many goods and services as the economy revives, analysts said.

Fed officials expect inflation to rise above 2% this year and recede to that level by the end of next year. They tend to look past volatile food and energy prices and have indicated a willingness to tolerate inflation moderately above 2% as long as it is due to temporary factors.

Continued increases in inflation could pose a challenge for the Fed this summer, some economists say, if market participants start to push up borrowing costs sooner than Fed officials anticipate.

Economists surveyed by The Wall Street Journal expect hiring and inflation data to remain strong in the months ahead as the vaccination campaign advances, pushing economic growth to its fastest pace since 1983.

Fed officials have stressed that they want to see progress show up in economic data, rather than in forecasts, before they raise rates or scale back the bond purchases.

told reporters on April 16. “We’re going to need repeated months of this before we can distinguish optimism about the future from the realization of the future.”

As more evidence of a speedy economic recovery emerges, officials will likely begin outlining when and how they expect to ratchet down the Fed’s bond purchases. Mr. Powell has said he wants to give plenty of advance warning ahead of such a shift.

His challenge will be to communicate the pivot while minimizing disruptions to financial markets.

The last time the Fed signaled a reduction in asset purchases, in 2013, it sparked a bond-market selloff known as the “taper tantrum.” An ensuing spike in Treasury yields jolted Fed officials who worried they might undermine the economy’s recovery from the 2007-09 recession.

In contrast to that time period, the economy is now widely expected to recover faster. Yields on U.S. government bonds and certain derivatives suggest investors believe the Fed will be able to start raising rates by 2023, sooner than most central-bank officials have indicated.

Write to Paul Kiernan at paul.kiernan@wsj.com

What to Watch: 10 Shows and Movies to Stream This Week