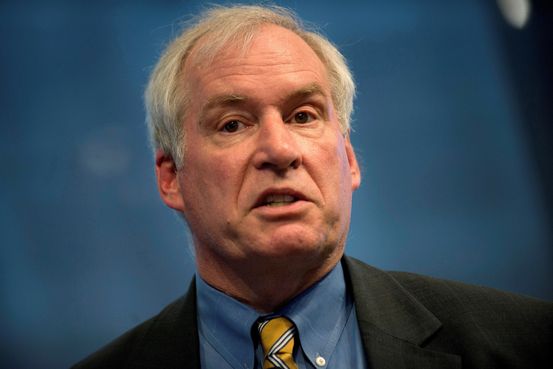 Federal Reserve Bank of Boston leader Eric Rosengren on Monday said monetary policy is in the right place for the challenges now facing the economy and that it will be some time before the Federal Reserve will need to contemplate a change on that front.

“Being too precise about exactly when lift off is going to be, I don’t think we have that foresight to be quite honest,” Mr. Rosengren said in a Wall Street Journal interview following a virtual speech earlier in the day.

When it comes to when the economy has recovered enough for the Fed to contemplate raising rates, “I think we’re two years away from when that likely is going to become a much more important question,” Mr. Rosengren said.

“We still have a lot of labor market slack, the [labor force] participation rate is still quite low relative to prior to the pandemic, and the unemployment rate is still at 6%. So we need to get rid of the slack, have a sustained inflation rate, before we need to worry about raising rates,” he said.

In his formal remarks, Mr. Rosengren said that, “I expect a return of the economy to pre-pandemic levels will likely take longer than many private forecasters expect,” adding “my perspective is that the current highly accommodative stance of monetary policy is appropriate.”