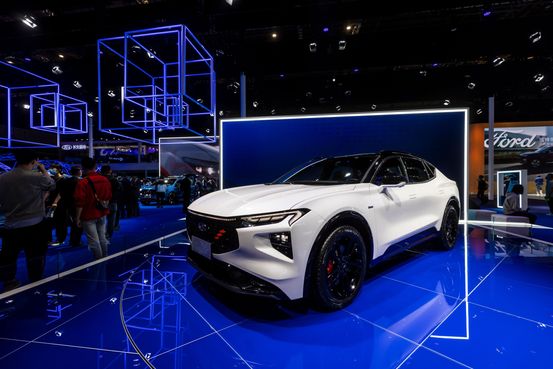 Ford’s bottom line, which was fueled by strong pricing in North America, reversed a $2 billion loss from a year earlier, when the Covid-19 pandemic froze North American production.

Ford said the chip shortage will cut $2.5 billion from adjusted pretax profit this year, the high range of the $1 billion-to-$2.5-billion estimate it provided in February. The company said the lack of semiconductors will force it to cut second-quarter production in half, but it expects the situation to improve after June.

said a fire at a semiconductor supplier in Japan in March exacerbated a chip shortfall that had already hit auto makers hard at the start of the year.

“We now expect semiconductor shortages to get worse and bottom out” in the second quarter, he told reporters during a conference call.

Major auto makers since January have been forced to cut vehicle output and adjust production schedules to keep assembly lines running for more profitable models. Semiconductors used in electronic-vehicle controls are in short supply as surging global demand for smartphones, laptops and other electronics surges during the pandemic.

Pent-up demand for cars, federal stimulus and continued low interest rates have driven shoppers back to dealerships in recent months.

Ford in the first quarter managed to avoid cutting production of its biggest profit generator, the F-150 pickup truck. But the company has canceled multiple weeks of F-150 production in April because of the chip crunch and said last week that it won’t resume full production until mid-May.

Research firm AutoForecast Solutions estimates that the chip shortage has cost Ford more than 35,000 units of F-150 production so far this year, with the bulk of those cuts coming in March and April. That would account for roughly 10% of F-150 production over that period at Ford’s normal pace.

Mr. Lawler said Ford has set aside about 22,000 vehicles that were built without needed semiconductors and will equip them once supplies become available.

, which reports first-quarter results next week, has largely sidestepped production cuts for its big pickup trucks and SUVs, although it has reduced output on most other models in North America.

Write to Mike Colias at Mike.Colias@wsj.com

Appeared in the April 29, 2021, print edition as ‘Ford Sees Bumps Ahead Despite Net Gain.’

After a Viral Love Song, Girl in Red Debuts Her New Album