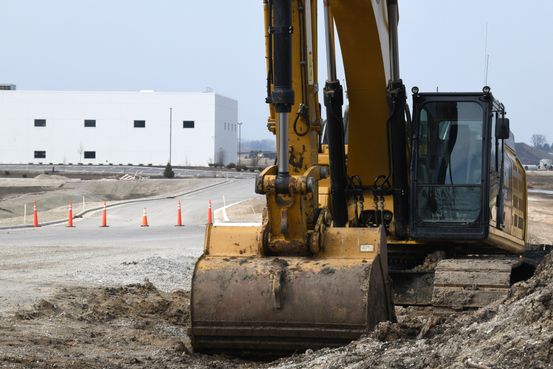 Foxconn is scaling back plans for a liquid-crystal-display plant in Wisconsin, saying it expects to invest a fraction of the $10 billion promised nearly four years ago, according to a new contract with the state.

The electronics maker, formally known as

, negotiated a new economic-development deal on Tuesday with the state of Wisconsin that was a shadow of the record-setting incentives package announced in the summer of 2017.

Foxconn, the world’s biggest electronics contract manufacturer, now plans to invest as much as $672 million and create 1,454 jobs by the year 2025 to qualify for $80 million in incentives, according to the contract.

The Foxconn deal was originally struck by the company’s former chairman and founder,

and former Republican Gov. Scott Walker, who lost his post in 2018 to Democrat

The deal was announced at the White House and touted by then-President Trump as a pillar of the administration’s plan to boost U.S. manufacturing jobs.

On Tuesday, Gov. Evers said the new contract delivered on his campaign commitment to save taxpayer money and protect public investments for the existing plant site south of Milwaukee, where officials have invested hundreds of millions of dollars in roads and other infrastructure.

“I made a promise to work with Foxconn to cut a better deal for our state,” he said. “The last deal didn’t work for Wisconsin.”

Foxconn, a supplier of screens for

Foxconn media representatives didn’t respond to a request for comment. But Foxconn officials have previously asked for more flexibility on what types of investments could qualify for incentive payments, which the governor said the new contract provides.

The new contract allows incentive payments for “economic investment activities related to locating and operating a technology and manufacturing ecosystem.” The old contract required Foxconn to build a specific type of screen-making facility in Mount Pleasant, 25 miles south of Milwaukee.

Foxconn has been looking to expand beyond electronics since founder Mr. Gou stepped down in 2019. Sales of iPhones have slowed, and the contract-manufacturing business has suffered from relatively low profit margins.

said it might make sense to manufacture electric cars at the Wisconsin site, in light of the company’s recent agreement with Los Angeles-based electric-vehicle startup

The cleared, prepped site is bigger than Central Park, with nearly 100 homes and small farms bulldozed to make way for Foxconn. For now, the site houses a few shell buildings and a nearly complete glass-and-steel dome that can be seen from nearby Interstate 94.

Write to Valerie Bauerlein at valerie.bauerlein@wsj.com

Appeared in the April 21, 2021, print edition as ‘Foxconn Shrinks Plans in Wisconsin.’