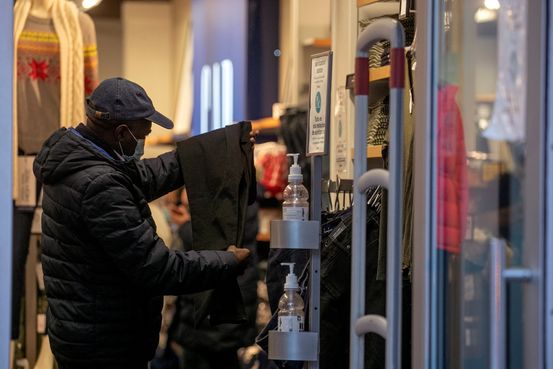 Gap Inc. is parting ways with its longtime credit-card issuer, Synchrony Financial , and moving the business to Barclays PLC, according to people familiar with the matter.

Barclays will take over Gap’s private-label and co-branded credit cards, including Athleta, Banana Republic and Old Navy, the people said. The portfolio includes some 11 million open card accounts, some of the people said, with total balances of roughly $3.8 billion at the end of March.

Synchrony has been issuing cards for Gap—one of its five largest retail card partners—for about 22 years. The relationship, one of the bank’s longest-running card partnerships, includes private-label cards that can be used only at company stores and co-branded credit cards that cardholders can use at nearly any merchant. Its Gap contract is scheduled to end in April 2022.

In a regulatory filing early Tuesday, Synchrony confirmed that Gap won’t renew the card deal when it expires. The bank said it expects to recognize a gain from the sale of the card portfolio and will spend about $1 billion to repurchase shares and make investments.

Gap marks the second major loss for Synchrony in recent years. Walmart Inc. in 2018 decided to end its long-running partnership with the bank, the largest U.S. issuer of store credit cards, and switched to Capital One Financial Corp. The Gap portfolio accounts for about 5% of Synchrony’s $78 billion in total balances.