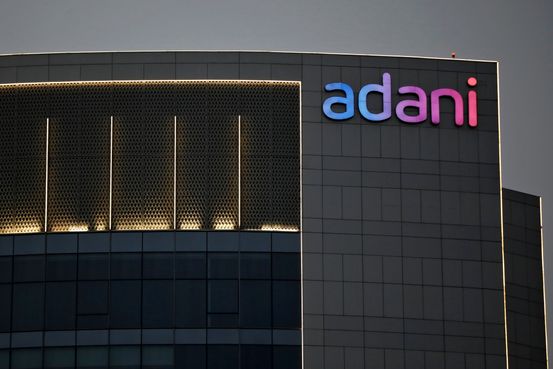 over past business transactions with a company linked to the military regime in Myanmar.

last week said it would remove

from its Dow Jones Sustainability Indices, which consists of various different regional indexes holding companies that rank highly on environmental and social affairs. Adani Ports was among around 100 indexed companies in the emerging markets category.

“We are committed to ensuring that our activities in Myanmar don’t provide economic support to sustain the [military regime],” Adani Group said in a statement. The company didn’t comment on the removal of the ports unit from the S&P index or on investor concerns.

The removal of Adani Ports from the S&P sustainability indexes could serve as a cautionary tale for other socially conscious companies who do business with countries that are in political turmoil. Benchmarks like S&P’s—which score information beyond a company’s earnings and balance sheet—are among the tools investors increasingly use to gauge how risky a company is.

S&P’s decision to remove the company from its sustainability indexes means that any index funds tracking those benchmarks will cut out Adani Ports. These include the London-listed

an index fund with some $475 million under management. S&P’s sustainability indexes hold companies based in large part on public disclosures and private questionnaires filled out by corporations.

The decision came after “recent news events pointing to heightened risks to the company regarding their commercial relationship with Myanmar’s military, who are alleged to have committed serious human rights abuses under international law,” S&P said in a statement.

Some investors also pulled back from Adani Ports in recent weeks. Norwegian bank DNB ASA sold off shares it held in the company at the end of March, citing human rights concerns. Finland’s

completed its divestment earlier this month and said that a recent United Nations report on the military’s activity in Myanmar “confirms” its earlier decision to pull back.

“We have been aware of controversies surrounding human rights violations in Myanmar for some time and have had the company under observation,” said Janicke Scheele, head of responsible investments DNB Asset Management AS.

Adani Group is a sprawling conglomerate with businesses in sectors such as energy, mining, real estate and agriculture. Various companies bearing the Adani name listed on the National Stock Exchange of India, including Adani Ports, have a combined market value of more than $90 billion.

The moves against Adani Ports come weeks after the U.S. government placed sanctions on Myanmar Economic Corp., which the U.S. says is a military holding company that supports the regime that overthrew Myanmar’s civilian government in February. The United Nations in 2018 advised companies to avoid doing business with the Myanmar military or companies controlled by it after a fact-finding mission documented alleged human-rights abuses.

Adani Group has made payments to the MEC in the past, including transactions to secure development rights for a terminal project in the Myanmar city of Yangon, the company said in a statement.

The company said it hasn’t conducted transactions with the MEC since last year. “In light of the current situation, all transactions with and payments to MEC and its subsidiaries have been terminated,” Adani Group said.

The company, however, said it hired law firm Morrison & Foerster LLP to advise the company on compliance with U.S. sanctions. “We are considering outreach to the U.S. government to discuss the Yangon project and the benefits we expect it will have for the people of Myanmar,” Adani Group said.

MEC couldn’t be reached for comment. Myanmar’s embassies in the U.S. and Singapore, and its foreign affairs ministry didn’t respond to requests for comment.

Sensex market index was down 0.8%.

Adani Ports, which has a market value of nearly $20 billion, has earned placement from indexers and raters S&P and

which still holds Adani Ports in an ESG index. At least 10 funds with “ESG,” “sustainable” or “sustainability” in their name hold or held stakes in the company this year, according to FactSet. The company aims for net-zero emissions by 2025, an aggressive time frame compared with many other companies.

Investors are paying closer attention to Myanmar in the wake of the February coup, and other companies have faced scrutiny for possible ties to the country’s military.

on notice for possible exclusion for a brewery joint venture with Myanma Economic Holdings Public Co. The U.S. Treasury placed Myanma under sanctions last month, describing the company as “a vast and secretive military conglomerate” with business interests spanning the Myanmar economy.

Russell Roll, a spokesman for Kirin, said the company was aware of the notice from Norges Bank and remained focused on ending its relationship with the military-linked business, which it had previously pledged to do.

Write to Dieter Holger at dieter.holger@wsj.com