Jamie Dimon on Booming Economy and Finally Getting Off Zoom 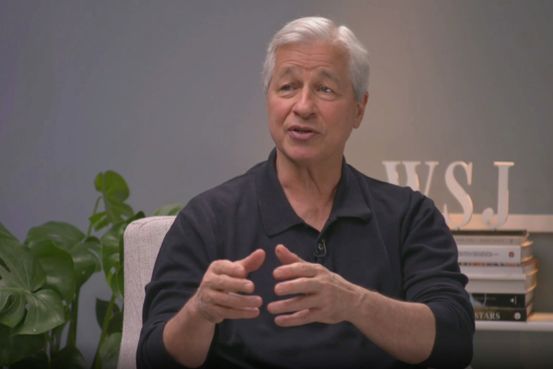 believes a boom is coming in the American economy but warned that the government could waste it away if ambitious spending plans aren’t held accountable.

The leader of the nation’s biggest bank reiterated his recent optimism that the economy is poised to emerge from the pandemic on fire, with growth that could stretch into 2023. Mr. Dimon has in recent weeks said that the massive government stimulus, the widespread vaccine rollout and the actions of his corporate and consumer clients have him believing in a possible “Goldilocks” economy of fast growth coupled with mild inflation.

“The boom is good. Employment is good. Growth is good. Everyone should enjoy it,” he said Tuesday. Mr. Dimon was interviewed at The Wall Street Journal’s CEO Council Summit by Editor-in- Chief

Quantifying some of Mr. Dimon’s bullishness, JPMorgan now expects U.S. gross domestic product to recover completely this quarter from the pandemic’s drop, far earlier than previously expected, according to a filing Tuesday. The bank now predicts that GDP in the second quarter will be 0.2% higher than it had been at the end of 2019, compared with its prior forecast of being down 1.9%. The projected growth over the next 12 months is now double what the bank expected three months ago, expanding to 4.3% by the second quarter of 2022.

Still, Mr. Dimon pointed to signs that leave him unsure of the longevity and impact of that boom. Small businesses and lower-income workers suffered disproportionately in the pandemic, he said. Inflation will likely increase. The stock market is priced at historic highs, with pockets of excess.

Mr. Dimon also said that government spending aimed at driving economic growth will fall flat if it isn’t designed well, with measurable outcomes. For example, a highway plan should detail how many miles would be built, at what cost and by when, he said. Offering free tuition for community college won’t work if schools aren’t measured by graduation and job placement rates.

“Our government, when they point out the issues that we should do better, they’re right,” Mr. Dimon said. “But if we just throw a lot of money at it and it’s all wasted again…we will be in big trouble.”

Government regulation, he added, has slowed growth over the years for small businesses and others.

“The can-do nation became the nation of red tape,” he said.

Mr. Dimon is often asked if his interest in policy and how to run governments would lead him to run for office, a notion he has dismissed over the years. Tuesday he said he hoped to change how government spending plans are publicly talked about.

Coming out of the pandemic, Mr. Dimon is eager for other signs of normalcy. More JPMorgan employees will return to the office starting this month, though Mr. Dimon acknowledged they aren’t all happy about it. But the remote office, he said, doesn’t work for generating ideas, preserving corporate culture, competing for clients or “for those who want to hustle.”

“We want people back at work and my view is some time in September, October, it will look just like it did before,” Mr. Dimon said. “Yes, people don’t like commuting, but so what?”

To Mr. Dimon, commuting is better than the alternative.

Write to David Benoit at david.benoit@wsj.com