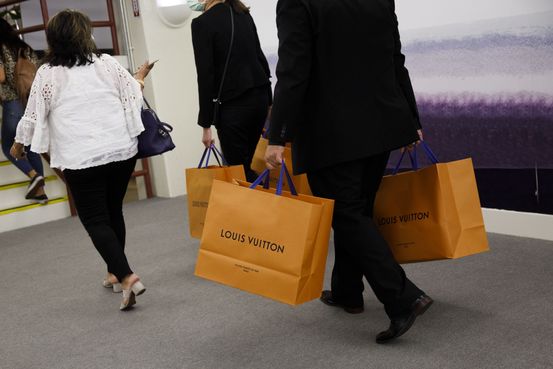 Shoppers in China and the U.S., where a rapid vaccine rollout has led to eased restrictions, are fueling strong demand for leather goods at Louis Vuitton, Dior and other brands owned by LVMH. Sales at LVMH reached 14 billion euros, equivalent to $16.75 billion, over the first three months of 2021, a 30% increase compared with a year earlier, stripping out the effect of currency changes and its acquisition of U.S. jeweler Tiffany. The first-quarter sales were 8% higher than the same period in 2019, before the pandemic.

LVMH’s market value rose above €300 billion this week for the first time, solidifying its status as Europe’s most valuable company, ahead of consumer-goods giant Nestle SA and pharmaceutical company Roche Holdings AG , as well as the continent’s oil majors and banks.

The pandemic is accelerating a shift in stock-market fortunes as the luxury business eclipses sectors that were once at the core of the European economy. Banks are struggling to adapt to new post-financial-crisis regulations. Auto makers are grappling with new regulations aimed at slashing carbon emissions. Big oil companies are subject to the whims of turbulent energy markets.