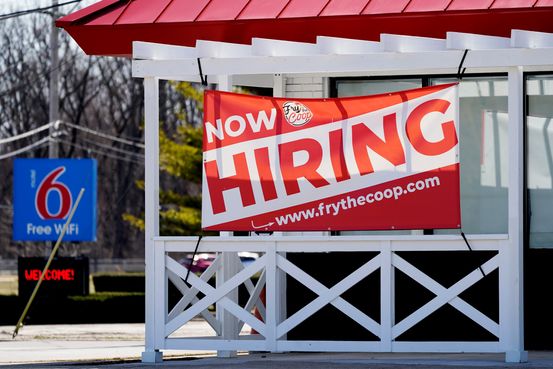 Hiring increased in 49 states across the country in March, with large states such as California, Texas and New York adding the most jobs.

California added 119,600 last month, Texas added 99,000 and New York employment rose 63,700, the Labor Department said Friday. Alaska was the only state to shed jobs, losing about 200. Still, labor-market performance is uneven across the states, as some dealt with increases in infections while others have more fully reopened as vaccinations accelerated.

The broader jobs rebound—employers added 916,000 jobs in March, or a 0.6% increase—gained momentum as more people were vaccinated against Covid-19, many states lifted restrictions on business activity, and consumer activity perked up, pushed by government stimulus measures, growing confidence and warmer weather.

The largest job gains, on a percentage basis, in March occurred in New Mexico, 1.3%, Oregon 1.1% and Hawaii, 1%. Texas employment rose 0.8%, and California and New York rose 0.7%, all faster than the national average.

The gains show some of the regions hardest hit by the pandemic are starting to see a rebound, including areas with higher concentrations of businesses providing in-person services, such as hotels, entertainment venues and restaurants.