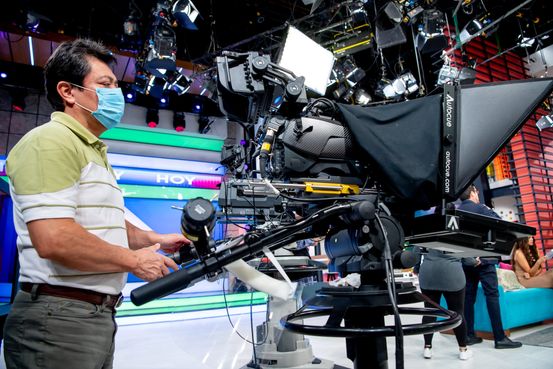 MEXICO CITY—Mexican broadcast and media giant Grupo Televisa SA B agreed to combine its television content business with Univision Communications Inc., creating a new company that will have SoftBank Group Corp. as an investor, the companies said on Tuesday.

The tie-up aims to expand streaming-video services in Spanish-speaking markets and marks a new phase in what has been a hot-and-cold partnership over the years between Televisa, the world’s top producer of Spanish-language television programs, and Univision, the largest U.S. Spanish-language network.

The creation of Televisa-Univision, as the new company will be called, comes as broadcasters and cable TV companies struggle with rising competition from streaming services with large budgets for ambitious production of films and series, as viewers get more of their audio, movies and video programming directly over the internet.

To boost its war-chest, the new Televisa-Univision, will get a $1 billion equity investment by a consortium led by SoftBank Group and which includes the participation of Google Inc. and The Raine Group.

Televisa will receive $3 billion in cash for its assets, plus $1.45 billion in Univision equity. That will be financed by Univision taking on $2.1 billion in debt.