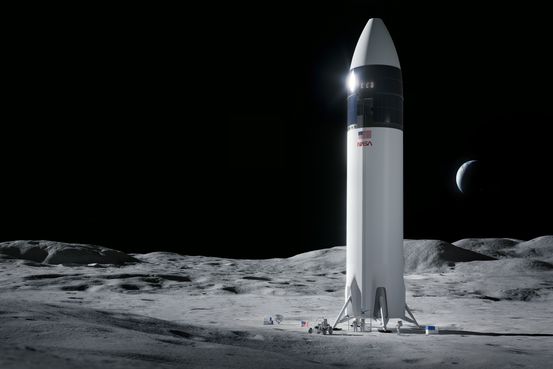 NASA on Friday awarded a contract to SpaceX to build a new capsule to land astronauts on the moon, the latest in a string of lunar-related wins for the Elon Musk-controlled company.

SpaceX beat out two rivals for the Human Landing System moon taxi that will carry astronauts to and from the moon’s surface from an orbiting capsule as early as 2024. The contract is part of a larger Artemis program led by the National Aeronautics and Space Administration to explore and develop deep space. That program relies more heavily on the private sector and commercial funding than previous efforts.

The lander deal adds to the products SpaceX is developing, with recent funding rounds raising its valuation close to $100 billion as it pursues a mix of new rockets, space taxis and an array of hundreds of satellites for military and commercial customers.

SpaceX already flies astronauts on behalf of NASA to and from the International Space Station and is developing a large new rocket called the Super Heavy to launch the Starship vehicle on which its lunar lander is based. The Starship has made a series of test flights from Texas, some of which have ended in failure after exploding on landing.

NASA plans to use a new rocket made by Boeing Co. for a moon mission known as Artemis 1 as early as November. It would fly around the moon before returning the Orion crew capsule produced by Lockheed Martin Corp. to Earth.

Brooks and Capehart on police shootings, the U.S. withdrawal from Afghanistan

Brooks and Capehart on police shootings, the U.S. withdrawal from Afghanistan