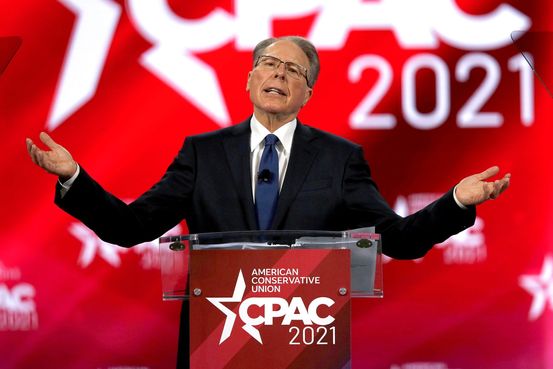 National Rifle Association Chief Executive Wayne LaPierre said Thursday he has avoided news reports of a video showing him struggling to hunt an African elephant, which the NRA claimed was leaked to embarrass the CEO before he testified at a trial scrutinizing his decision to put the gun-rights group into bankruptcy.

The video of Mr. LaPierre hunting in Botswana, Africa, in 2013 was published earlier this week by the Trace and the New Yorker. The footage, which was filmed for an NRA-sponsored hunting show but never aired, shows Mr. LaPierre struggling to accurately shoot and kill the elephant.

“I have not been following the media,” Mr. LaPierre testified during his second turn on the witness stand during the multiweek bankruptcy trial that an NRA lawyer has said could spell the end of the 150 year-old gun rights group.

NRA lawyer Greg Garman alleged the footage was leaked by Tony Makris, an executive at the NRA’s former ad agency Ackerman McQueen Inc. who testified in the trial earlier this month. Mr. Makris is the host of “Under Wild Skies,” the television program for which the footage was shot.

Ackerman McQueen lawyer Michael Gruber, who questioned Mr. LaPierre on Thursday about the video, denied that Mr. Makris leaked the video to the press.

Biden’s 100 days: Where the president stands on his campaign promises