Peloton Faces Mounting Pressure to Recall Treadmills After One Death, Dozens of Injuries 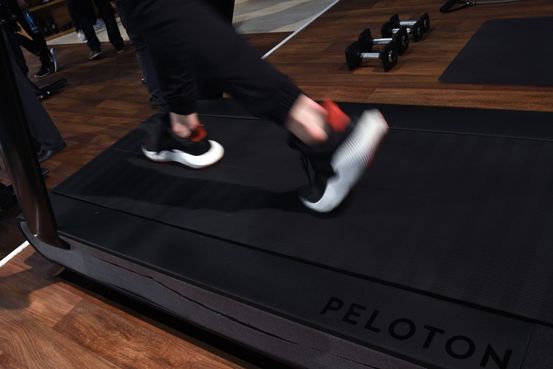 on Monday when the chair of a House consumer-protection subcommittee called on the company to recall its treadmills.

Peloton has called the advisory by the Consumer Product Safety Commission “inaccurate and misleading.” On Sunday, Peloton CEO

said in a letter to customers that it has “no intention” of stopping sales or recalling the machines.

The company had no immediate response to Monday’s statement by U.S. Rep. Jan Schakowsky (D., Ill.), who chairs the Consumer Protection and Commerce Subcommittee.

“The videos and reports of children being sucked under Peloton treadmills are harrowing, and they graphically illustrate the grave and immediate risks these products pose to users and their families,” Ms. Schakowsky said.

Public clashes with the CPSC, the federal agency charged with protecting U.S. consumers from dangerous products, are rare. Typically the commission works with companies to voluntarily issue safety guidance or recalls on products. The CPSC can’t force a recall but has sued companies in an effort to compel them to comply.

The commission’s investigation in part looks at whether the Peloton treadmill’s taller height and unusual belt design pose a greater risk to children, a CPSC spokeswoman said.

Peloton said the treadmills are safe when users follow safety recommendations, which include keeping children and pets away from the machine and removing the machine’s safety key when it isn’t in use to prevent its belt from moving.

Product-review publication Consumer Reports, which previously tested and reviewed the treadmill, on Monday called Peloton’s handling of the issue “outrageous,” and urged the company to take further action. “What Peloton should do is make sure that its customers know the company is putting safety first and that it’s going to make them whole,” said William Wallace, Consumer Reports manager of safety policy.

The publication said Peloton’s treadmills are designed differently than most, with “an unusual belt design that uses individual rigid rubberized slats or treads that are interlocked and ride on a rail.” Most treadmills use a thin, continuous belt.

The CPSC’s advisory came after its investigation into the death of a child involving one of the machines turned up dozens of instances of injuries.

Peloton initially refused to identify to the commission the family of the child who was killed until the company was compelled to do so by a subpoena. Mr. Foley, the Peloton CEO, has defended the company’s decision to withhold that information. “Government agencies shouldn’t have unfettered access to consumers’ private information, and I am proud that we took a stand to protect these Members’ privacy,” he said in Saturday’s letter.

The agency has said it is investigating whether other types of treadmills pose the same risk as Peloton’s.

Peloton said that it contacted the commission within a day of learning of the fatal accident.

In addition to sending direct messages to owners to adhere to warnings and follow safety instructions, the company now has its instructors deliver safety messages during classes.

Best known for stationary bicycles, Peloton unveiled its treadmill-style machine in 2018. That machine, at first called the Tread, is now called the Tread+ after Peloton introduced a pared-down, less-expensive version slated to begin selling in the U.S. this year.

Demand for Peloton’s internet-connected equipment has surged over the past year as the pandemic closed gyms and prompted many people to work out at home.

Peloton shares, which grew roughly sixfold amid the pandemic, fell by more than 7% on Monday. With the drop, shares are still worth more than three times what they were a year ago.

Write to Sharon Terlep at sharon.terlep@wsj.com