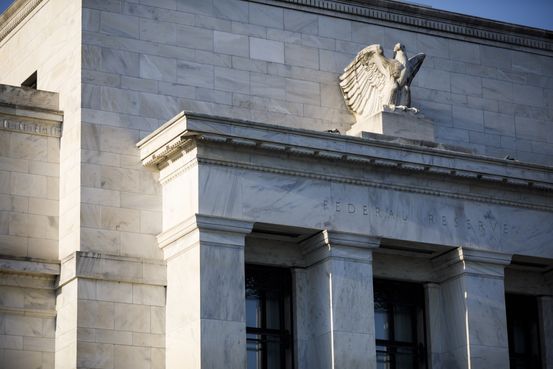 WASHINGTON—As the economic recovery evolves from forecast to reality, the Federal Reserve will face a question that has vexed it in the past: how to signal its eventual tightening of the money spigot.

The process of ending the Fed’s giant bond-buying program, and subsequently raising interest rates, will take years unless inflation unexpectedly surges. Its first step down that road will be to start talking about it in the coming months or weeks—Chairman

next big test with financial markets.

Officials will begin by debating how and when to scale back, or taper, the $120 billion-plus of Treasury and mortgage bonds the Fed has been buying each month since last June to hold down long-term borrowing costs.

That conversation hasn’t yet kicked off, according to public comments from central bankers and minutes from their March 16-17 policy meeting. The Fed said in a postmeeting statement that the U.S. labor market and inflation would have to make “substantial further progress” before it begins to reduce its bond program. Asked at a press conference whether it was time to start talking about talking about reducing bond purchases, Chairman Jerome Powell said, “Not yet.”

At the time, economic forecasts were calling for a pickup in growth, but hard data were still reflecting a slowdown during the winter Covid-19 surge. That has changed in the past six weeks, with data confirming some of the progress Mr. Powell said he wanted to see.

On April 14, Mr. Powell took a small and subtle but important step by establishing parameters for the coming discussion, more clearly defining his goal. The Fed will be measuring the economy’s progress “from last December, when we [first] announced that guidance,” rather than from March, when policy makers reiterated it, he said. That means with each indicator of improvement, there is less ground to make up.

This is delicate business for a central banker. The last time the Fed started telegraphing a reduction in its asset purchases, in 2013, it sparked a bond-market selloff known as the “taper tantrum.” Mr. Powell, then part of a small cohort of governors pushing to scale back the program, was in the middle of the discussion. Yields on 10-year Treasury notes, which directly affect long-term borrowing costs for consumers and businesses, jumped half a percentage point in just one month, rattling Fed officials who worried they might undermine the recovery they had been trying to nurture.

The episode underscored the tricky balance central bankers must strike when withdrawing support from the economy. Move too soon and borrowing costs can rise abruptly, undermining growth. Even talking about moving too soon can hurt. Wait too long—or even signaling an inclination to wait too long —and inflationary pressures can build or financial bubbles can emerge.

who served with Mr. Powell on the Fed’s board of governors during the 2013 unpleasantries, said a lesson he drew from the episode is that there are limits to the central bank’s ability to calm markets amid a shift to tighter policy.

Mr. Powell has said he hopes to minimize disruptions this time by giving the market plenty of notice ahead of any changes to its bond-buying plans.

Data released since mid-March show significantly more jobs have been added in recent months, though overall employment remains well short of levels seen a year ago. Meantime, inflation has been higher than economists had anticipated. An eye-popping jump in retail sales further supported economists’ thesis that the end of pandemic-related restrictions will trigger a surge of pent-up demand from consumers, powering a robust recovery.

“I think the economy is ready to rip,” Fed governor

The U.S. labor market remains 8.4 million jobs short of its pre-pandemic level, a figure Mr. Powell often references to illustrate the distance remaining to a full recovery. In welcoming the 916,000 jobs created in March, he said the Fed wants to see “a string of months like that so we can really begin to show progress toward our goals.”

Since December, when the Fed set the guidelines for rewinding bond purchases, payrolls have increased by 1.62 million. That is certainly progress, though it doesn’t seem to meet the Fed’s mark of substantial. The jobless rate has fallen from 6.7% to 6% but remains well above the 3.5% level reached before the pandemic.

Fed officials have avoided providing a clearer definition of “substantial progress.” They are wary of boxing themselves in at a time of heightened uncertainty about the economy’s path.

Pulling back easy money this time could look different than the slow and carefully staged process that took place last time. After the 2007-09 recession Washington officials focused on reducing budget deficits, which seemed to hold back growth, and inflation was tame. This time, trillions of dollars of fiscal stimulus are coursing through households, businesses and local governments, charging up growth. Economists expect inflation to reach 3% by midyear due to temporary factors and then retreat.

Primary dealers surveyed by the New York Fed in March expected the central bank to begin cutting bond purchases in the first quarter of 2022 and finish by the end of next year. The first increase in interest rates, currently pegged near zero, would likely come some time after. Fed officials expect to leave rates unchanged through 2023, according to their own projections.

Write to Paul Kiernan at paul.kiernan@wsj.com

GameStop’s CEO Is Getting Millions on His Way Out. He’s Not the Only One.