Verizon Explores Sale of Media Assets, Including Parts of Yahoo and AOL 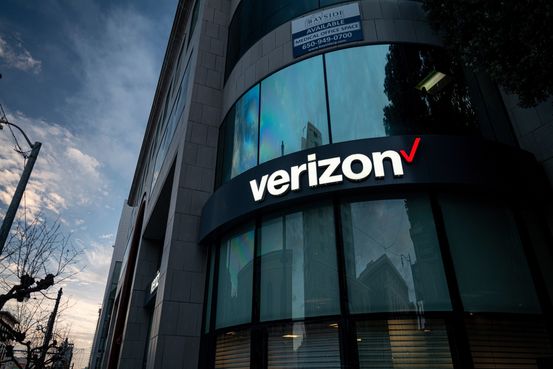 is exploring a sale of assets including Yahoo and AOL, as the telecommunications giant looks to exit an expensive and unsuccessful bet on digital media.

could lead to a deal worth $4 billion to $5 billion, according to people familiar with the matter—assuming there is one. Other details couldn’t be learned.

Verizon splashed out billions of dollars assembling a portfolio of once-dominant websites, including AOL in 2015, and Yahoo in 2017, paying more than $9 billion in total to acquire the pair.

Verizon, the country’s largest wireless carrier in terms of subscribers, bought the websites intending to resurrect brands that had lost traffic since their heyday but still counted a base of hundreds of millions of account holders.

It reorganized the businesses in 2017 under former AOL Chief Executive

Yahoo and AOL, born during the age of desktop PCs hooked up to dial-up Internet connections, managed to capture more ad dollars but struggled to reach audiences that had shifted their attention to mobile apps.

The digital-media business ultimately failed to reach its target of $10 billion in annual revenue by 2020, and Verizon in 2018 wrote down about $4.5 billion of its value. Verizon has cut jobs in the unit, and in November agreed to sell its HuffPost news division to BuzzFeed Inc. That followed a 2019 agreement to sell the Tumblr blogging platform for a nominal sum to the owner of WordPress.

The business, which also includes Yahoo Finance and Yahoo Mail as well as news sites TechCrunch and Engadget, generated $7 billion of revenue in 2020, down 5.6% from the previous year due to a sharp advertising pullback during the early months of the coronavirus pandemic. Business picked up in the second half and the unit has logged two consecutive quarters of double-digit growth, including a boost of 10%, to $1.9 billion, in the first quarter.

Despite the rebound, Verizon has focused much of its attention lately on partnerships with streaming-video services like Disney+ and Hulu that can be bundled with its wireless and home-Internet plans.

By selling now, Verizon could raise needed cash at a time when valuations of similar assets are enjoying an upswing. The company this year committed about $53 billion to secure spectrum licenses that will support its ultrafast fifth-generation wireless network. Executives recently told investors that capital spending this year on network equipment, fiber optic cables and the like could reach up to $21.5 billion.

—Drew FitzGerald contributed to this article.

Write to Benjamin Mullin at Benjamin.Mullin@wsj.com and Miriam Gottfried at Miriam.Gottfried@wsj.com

Appeared in the April 29, 2021, print edition as ‘Verizon Looks Into Selling Yahoo, AOL.’