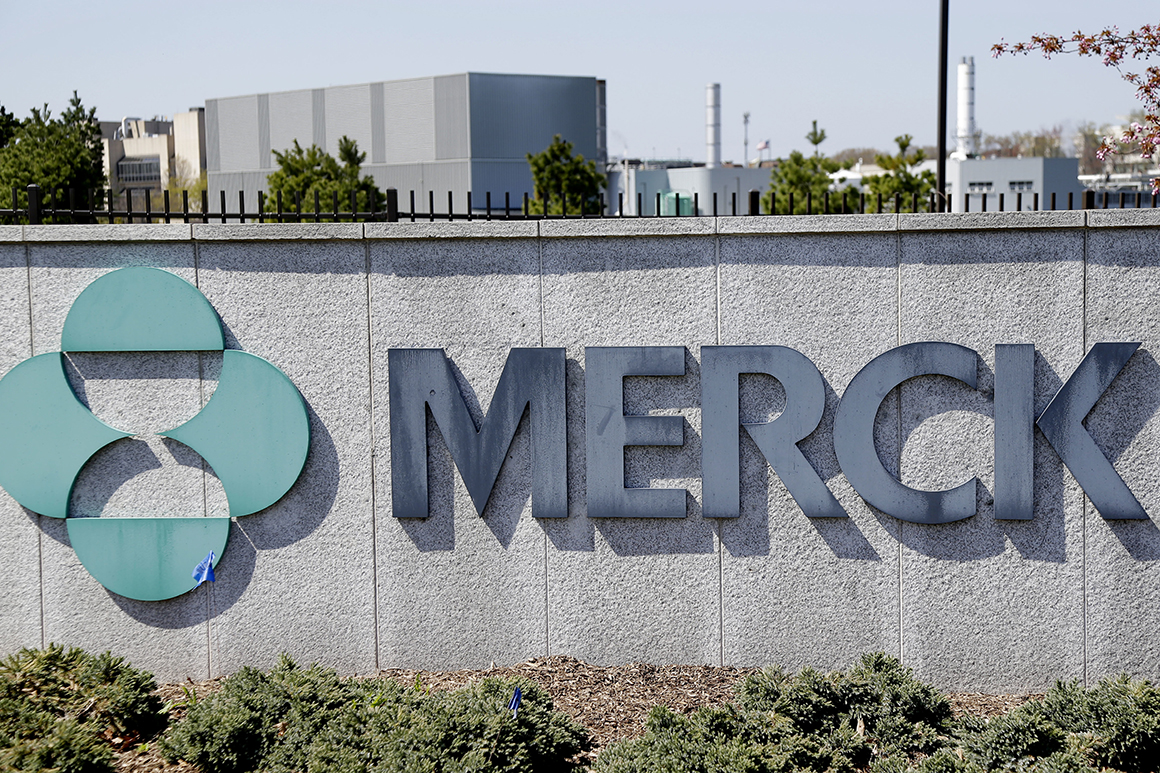 The special counsel details what Menachem allegedly found during a 2018 inspection, including that Merck improperly disposed of biohazard bins used to collect employees’ waste and that employees were “soiling their uniforms rather than taking bathroom breaks which would have required them to disrobe and leave manufacturing areas.” The whistleblower also accused Merck of “intentionally destroying evidence” of those violations, according to the complaint.

Merck, FDA and Johnson & Johnson did not immediately respond to requests for comment.

Menachem told POLITICO that he raised concerns about four different drugmakers’ facilities but that Merck’s Durham plant was “the straw that broke the camel’s back.” With the reclassification, “they didn’t have to do anything” to address safety and hygiene concerns.

His allegations were first reported by Vanity Fair.

Merck signed on in early March to help Johnson & Johnson bottle, or “fill-finish,” millions of vaccine doses starting as soon as May and to begin producing vaccine substance itself by the second half of the year. The Durham plant, which normally manufactures vaccines, is slated to produce vaccine substance for J&J; another facility, in Pennsylvania, will bottle J&J doses.

FDA’s decision to reclassify the Durham plant’s status exempted the facility from further scrutiny. If the facility had remained in the more serious category of “Official Action Indicated,” Merck would have to prove it had addressed FDA’s concerns or face warning letters and even restricted manufacturing. But the agency instead shifted the plant to a lesser category, “Voluntary Action Indicated,” suggesting that changes were not urgently needed.

FDA inspections of manufacturing facilities have fallen off since the pandemic began over concerns about the safety of inspectors and the difficulty of travel, though the agency recently began resuming critical inspections. But because the agency downgraded the Merck factory after the 2018 inspection, it may not have been high on inspectors’ lists for new evaluations.

Menachem also suggested that FDA’s inspection unit was woefully understaffed. The whistleblower described being ordered to inspect the 850,000-square-foot facility by himself in 2018 less than a week, despite that typically being a task for four inspectors over the course of 21 days.

“I am troubled by many aspects of this matter,” Special Counsel Henry Kerner wrote in a letter to President Joe Biden, adding that he concurs with the whistleblower that the agency “narrowly focuses on procedural issues, and in so doing, disregards the fact that inspection reports detailing serious concerns were downgraded in a manner that may compromise compliance and safety efforts.”

Kerner also voiced concerns about FDA understaffing in inspections and said that Menachem “substantiated serious misconduct in the Merck Sharp and Dohme facility, which the agency seems to deny.”

The special counsel also sent copies of the letter to the chairs and ranking members of the Senate HELP and House Energy and Commerce committees, which could conduct their own investigations.

The allegations were first referred to Trump administration Health and Human Services Secretary Alex Azar, who delegated the probe to the Office of Regulatory Affairs.

The report of problems at the Merck plant comes as Johnson & Johnson tries to ramp up its vaccine production. The company barely met its goal of delivering 20 million doses by the end of March.

In a private call with governors Tuesday, White House coronavirus coordinator Jeff Zients said supplies of the J&J shot would continue fluctuating throughout April, according to two sources with knowledge of the call and notes obtained by POLITICO. Zients predicted that the number of doses available each week would increase toward the end of the month.

States are receiving roughly 5.1 million doses this week, and the federal pharmacy program is seeing a 5.1 million-dose boost in J&J shots, as the Biden administration bets heavily on the retail pharmacy chains.

Biden wants to give the nation hope. But a jump in Covid cases is complicating things.